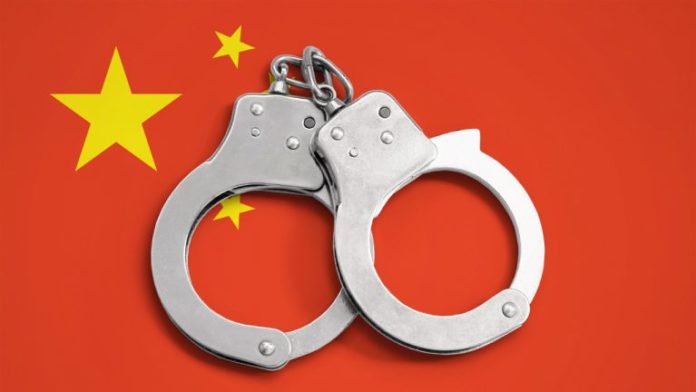 What do you think about the Wotoken Ponzi scheme? Let us know in the comments section below.
The Wotoken (WOR) platform attracted 715,249 registered users between July 2018 and October 2019. The scheme has 501 MLM layers.
In addition, two other defendants were sentenced for their roles in the Wotoken scam. Li Guomin was sentenced to 3 years in prison and fined 100,000 yuan while Tang Xiaohua was sentenced to 6 months imprisonment with one-year probation, the publication added. In May, 12 people allegedly behind the Wotoken Ponzi scheme were tried, including the six defendants mentioned above.
Chinese law enforcement has seized 425 million yuan ( million) of illegal proceeds from the Wotoken scheme, which were turned over to the state treasury. The illegal proceeds belonging to the four who appealed will also be recovered and turned over to the state treasury, the publication conveyed.
Bitcoin.com is author of this content, TheBitcoinNews.com is is not responsible for the content of external sites.
The scheme involves a number of cryptocurrencies, collectively worth about 7.7 billion yuan (.15 billion), according to blockchain data. They included 46,050 BTC, 286 million USDT, 2 million ETH, 292,590 LTC, 56,900 BCH, and 6,841,797 EOS.
At least one person behind the Wotoken Ponzi scheme was also a key member of a larger Chinese Ponzi scheme called Plustoken, according to an investigative reporter. The Plustoken Ponzi swindled about billion from more than 715,000 investors. Chinese police took down the scheme in July, arrested 109 people involved, and charged six members with fraud.
The post .1 Billion Crypto Ponzi: Masterminds of Wotoken Head to Prison in China appeared first on Bitcoin News.
The Intermediate People’s Court of Yancheng city, Jiangsu province, denied an appeal by four convicts involved in the billion-dollar Ponzi scheme Wotoken on Tuesday, several local media reported.

A Chinese court has confirmed the sentencing of the masterminds behind the 7.7 billion yuan Chinese Ponzi scheme Wotoken, which had over 715,000 investors.