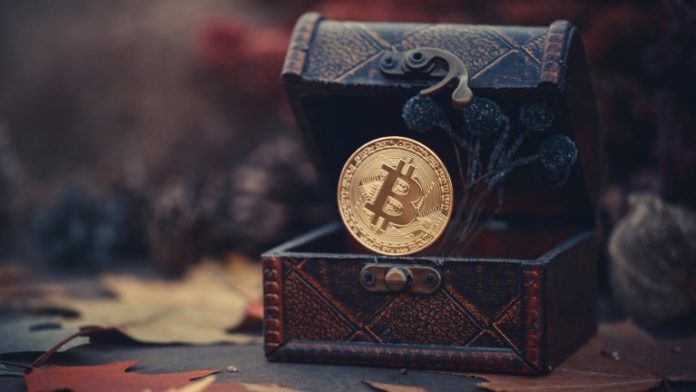 In the ETF-like section of businesses listed on bitcointreasuries.org, there are five organizations mentioned. The ETF-like firms include the Grayscale Bitcoin Trust (456,537 BTC), Coinshares XBT (69,730 BTC), 3iQ The Bitcoin Fund (8,295 BTC), ETC Group Bitcoin ETP (5,215 BTC), and 21Shares AG (2,989 BTC). These five ETF-like organizations have an aggregate total of 542,766 BTC worth .9 billion today.
The combined total of all 23 companies listed on bitcointreasuries.org holds 785,999 BTC worth over billion using current exchange rates. The 785k BTC is approximately 3.74% of bitcoin’s 21 million capped supply. The list does not include Tahinis restaurant chain or the company Snappa, two firms that claimed a percentage of bitcoin reserves but not an actual BTC count.
Following Microstrategy’s lead during the first week of October, the firm Square Inc. revealed it purchased 4,709 bitcoins for its treasury reserves. Since these two companies made the announcements it sparked the creation of a web portal called bitcointreasuries.org, which highlights an aggregate list of companies holding bitcoin treasuries.
Bitcoin.com is author of this content, TheBitcoinNews.com is is not responsible for the content of external sites.

Below the catalog of public companies, is a list of three private organizations including Block.one (140,000 BTC), the Tezos Foundation (24,808 BTC), and Stone Ridge Holdings Group (10,889 BTC). These three private firms have an aggregate total of 175,697 BTC worth .2 billion today.
The web portal bitcointreasuries.org now shows close to two dozen firms with a large number of bitcoin reserves. Currently, the aggregate total bitcoin held in reserves by the 23 companies listed is roughly 785,999 BTC worth well over billion dollars.
Bitcointreasuries.org says that companies like Tahinis were not included because they only added firms “that can be easily verified.” In addition to the firms’ Tahinis and Snappa, another company called Mode announced on Wednesday it acquired bitcoin for reserves as well. However, according to calculations, the number of bitcoins Mode holds in reserves is only around 6.7 BTC.
The list is now broken up into three categories which include publicly listed businesses, private firms, and ETF-like organizations. 15 of the companies are public firms including Microstrategy, Square Inc., Galaxy Digital Holdings, Hive Blockchain, Coin Citadel Inc., and Argo Blockchain. These 13 public firms have an aggregate total of 67,536 BTC worth 3 million today.
What do you think about the number of companies holding bitcoin reserves? Let us know what you think in the comments section below.
This past August the billion-dollar firm Microstrategy announced it purchased 21,454 BTC for around 0 million. Then the Nasdaq listed company bought another 16,796 BTC and Microstrategy raised its reserve status to 38,250 bitcoins.
The post Billion in BTC Reserves: Companies With Bitcoin Treasuries Command Close to 4% of the Supply appeared first on Bitcoin News.

When news.Bitcoin.com first reported on bitcointreasuries.org there were 13 companies listed with a combined total of 598,237 BTC (.6B) or 2.85% of the total supply on October 10. Fast forward to today, and there’s now 23 firms represented on the bitcoin treasury list and a lot more crypto added to the equation.