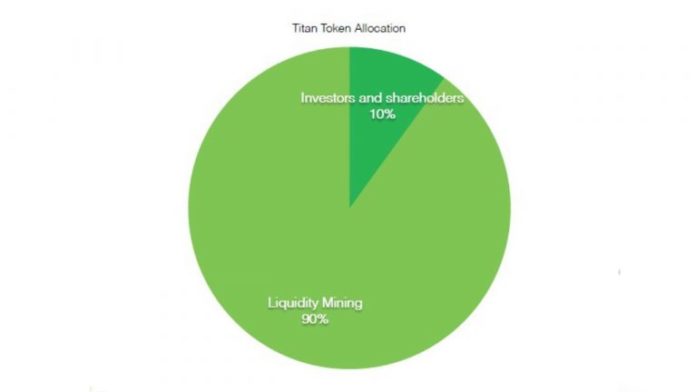 At 8pm on September 24, Huobi launched TITAN together with a “new coin mining” event for TITAN. This event will provide 4 million TITAN tokens as a reward for participating in the new coin mining activity for the lock-up users, with the total lock-up limit of 8 million HT.
The birth of TitanSwap brought a more interesting arbitrage tool to this game of DEX.
TitanSwap will determine whether it needs to dynamically adjust the curvature based on Realized Variant and the way of VPIN. This scheme is similar to the implementation mechanism of Bancor V2, but Bancor V2 requires price oracle recognition, and there may be cases where the oracle fails.

A previous report by Huobi Research Institute showed that regardless of the sharp rise or fall in the price of digital assets, VPIN’s predictions will often increase substantially. It has a certain predictive effect and can be regarded as a leading indicator of volatility. Options trading, market makers’ provision of liquidity, and exchange risk control management are of guiding significance.