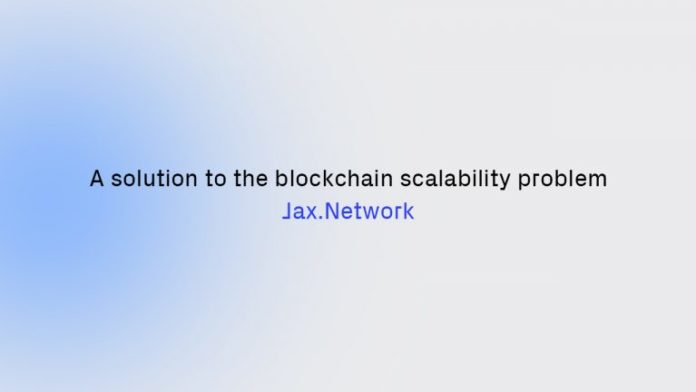 Researchers around the world have come up with different proposals for solving the blockchain scalability problem. Sharding is considered to be the most promising. Yet, there is no common vision on how to implement sharding to find the best acceptable compromise among the numerous parameters of the network. Projects such as Ethereum 2.0, Algorand, Cardano, and Zilliqa have developed their own blockchain designs based on sharding. However, all of these projects have a similar pattern in their designs. They all rely on a Proof-of-Stake (PoS) consensus algorithm and pseudo-random selection of validators for shard committees.
Right now Jax.Network is at its Proof of Concept stage moving forward according to the roadmap. Eventually, the project wants to transform the organizational systems in the world using blockchain technology. To achieve this, the team has plans to build the necessary infrastructure, including a mining pool, transfer hub, blockchain explorer and API, a crypto wallet & instant messenger.
Being the next step in the evolution of human civilization, blockchain technology still hasn’t been mass-adopted. The biggest obstacle here is a limited transaction processing capacity. Existing blockchains like Bitcoin and Ethereum are only able to do about 7-10 transactions per second. This technological limitation has been called the blockchain scalability trilemma. If it is solved, blockchain technology can facilitate the creation of a decentralized global currency that can be mass adopted and the implementation of decentralized governance systems, immutable data storage systems, which will improve transparency in governance and monetary policy.
The academic paper of JaxNet protocol was published in May 2020. Based on this protocol, Jax.Network solves the blockchain scalability problem using Proof of Work consensus, a universal reward function, sharding, and merged mining.
The post A Solution To the Blockchain Scalability Problem – Meet Jax.Network appeared first on Bitcoin News.
With the blockchain scalability trilemma being solved, Jax.Network aims to create the first truly scalable and stable coin. If this coin is mass adopted, the global financial ecosystem can be changed forever. With that in mind, Jax.Network caters to the payments market and wants to compete with giants like Visa and Mastercard.
In Jax.Network, miners can choose the subset of shards that they want to mine. They can manage their workload according to their computing capabilities.
Bitcoin.com is author of this content, TheBitcoinNews.com is is not responsible for the content of external sites.
This is a press release. Readers should do their own due diligence before taking any actions related to the promoted company or any of its affiliates or services. Bitcoin.com is not responsible, directly or indirectly, for any damage or loss caused or alleged to be caused by or in connection with the use of or reliance on any content, goods or services mentioned in the press release.

The sharding design used in Jax.Network has multiple advantages. It reduces the storage and network traffic requirements for nodes in the network. It also eliminates the bottleneck of block propagation delay and decreases the volatility of mining rewards. All together, these features have a positive effect on the network scalability and decentralization.
Jax.Network is a blockchain platform that follows the JaxNet protocol which issues the world’s first scalable and decentralized stable “JAX” coin. Since 2017, its founder Vinod Manoharan has been interested in blockchain and wanted to bring this technology to mass adoption. In 2018, he decided to move to Ukraine to gather a team of technical and scientific experts to solve the blockchain scalability trilemma. Ukraine was the first choice as it has many prominent specialists. With that in mind, Vinod gathered a team, and together they came up with a solution that solves the scalability problem of blockchain networks.

Jax.Network believes its solution has solved the scalability trilemma and has the potential to become a consumer payment system, unlike other cryptocurrencies that experience delays and failures due to throughput restrictions. Last month, the Jax.Network team participated in the Blockchain.UA conference and shared their vision with the crypto community.