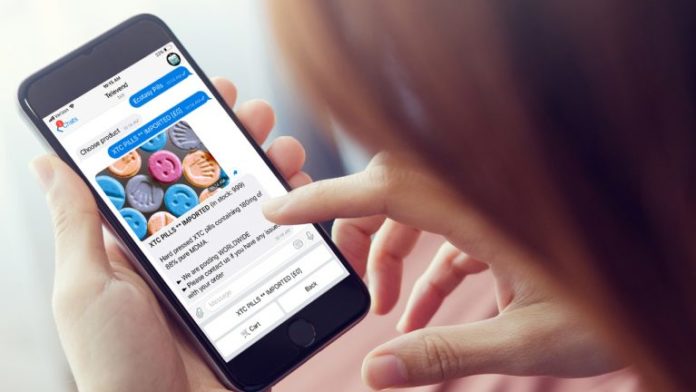 The Televend admins also detail a number of instructions people should follow before utilizing the bot’s service. For instance, admins recommend that people don’t register with their phone number and join Telegram by using a SIM hosting/SMS service like 5SIM.
Users can leave feedback ratings so other patrons can get a glimpse of trusted vendors operating within the Televend network. However, unlike operations like Openbazaar or the myriad of DNMs on the deep web, Televend bot use is entirely based on trust. There is no escrow system and there’s a much higher chance of being ripped off by scammers preying on newcomers.
When registering with a service like 5SIM, Televend operators say the user should choose an alternative country but avoid using Russia or Ex-soviet countries, as there are issues for Telegram users. Televend admins also recommend setting up the Telegram client to proxy it through the TOR network.
“Televend is an auto-shop bot network for direct dealers, we administer the bots and vendors run them like private shops,” the channel’s message reads. “Customers can visit them and pay with bitcoin, track orders and payments, plus leave feedback and ratings. Vendors control the listings and configuration of their bot via a .onion Tor-based control panel so no Telegram account is needed to vend. At this control panel, they can add listings, process orders, answer messages, and other features.”
The post A System of Robot Drug Dealers on Telegram Allows People to Buy Illegal Products for Bitcoin appeared first on Bitcoin News.

What do you think about the new Televend robot service that sells drugs for bitcoin via Telegram? Let us know what you think in the comments section below.

“Televend is paying 100 EUR in BTC for every vendor you refer to our network,” explains one administrator dubbed ‘@TelevendPR.’ “All they need to do is mention your Telegram username and make their minimum initial deposit of 200 EUR”

“I’ve used it,” explained another Reddit user on r/darknet. “I love it. Just research your vendors very well because there is no escrow. Some of the best and most trustworthy vendors are on there if you know how to find them.”
It’s not too hard to locate the relevant Televend links in order to catch a glimpse at this growing black market platform. According to the program’s learning channel, there are a number of obstacles one must complete before leveraging the Televend route. The channel’s pinned message also gives a brief description of what the bot does and how drug vendors can use the app.

The Televend creators also suggest setting up two-factor authentication with Telegram as well. “This is important because your temporary number would be unavailable for you to use again, but will be in circulation for others. With 2FA your account can not be stolen,” the Televend community learning channel says.
About a month ago, a Reddit user posted a question about Televend on the subreddit r/darknet in order to get information on this new platform. One person said a vendor told him that he left the DNM Icarus to sell his drugs using the Televend system. Another user also noted that “Televend was great.” The creator of the thread described the software program as a “messaging system,” which is “used for drug deals.”

While many darknet markets have fallen to the wayside, a slew of new types of methods when it comes to selling illegal drugs online has risen. For instance, the world’s largest DNM in Russia, Hydra, leverages a complicated system of vendors who utilize drop zones. Additionally, a great number of DNM customers have used messenger applications like Facebook Messenger, Signal, Telegram, Whatsapp, and others to procure some drugs.
Televend has a bustling community of customers and drug vendors, as the bot removes a number of tedious tasks from the drug dealing process. The Televend bot charges a vendor commission for all the sales executed for using the program as well. Additionally, the core Televend team has been paying bounties for people who help bolster the network and for those who write vendor reviews on the DNM forum Dread.
The creators of Televend claim that the system has around 200,000 users to-date, but it’s hard to verify as there are various Televend channels with different amounts of subscribers. The bots notify clients when some drugs are being sold at a discount or if a new blend of cannabis comes in.
More recently, DNM users have been leveraging a new messenger route that utilizes a Telegram software program or bot called “Televend” to facilitate drug trades.
In another thread, posted to the r/darknet forums, a couple of users say that Televend has hosted “some of the UK’s finest vendors.” The biggest warning most Televend users give, however, is for newcomers to research vendors thoroughly, because the bot system is entirely based on trust.
There’s a new avenue darknet market (DNM) customers have found that allows them to purchase illegal wares 24 hours a day via a robot drug dealer hosted on Telegram. The platform dubbed ‘Televend,’ is an automated software program that peddles illicit narcotics for people paying with bitcoin and during the last few months, the complex system has grown massively.
Bitcoin.com is author of this content, TheBitcoinNews.com is is not responsible for the content of external sites.

“No escrow so you have to rely on feedback/trusted vendors,” the r/darknet subscriber wrote. “Lots of scammers are on there, so you need to be extra, extra careful, but I research vendors and only use those that are verified/trusted/good feedback from other sources. There’s a group chat so scammers tend to be identified pretty quick and the good vendors sussed out,” he added.