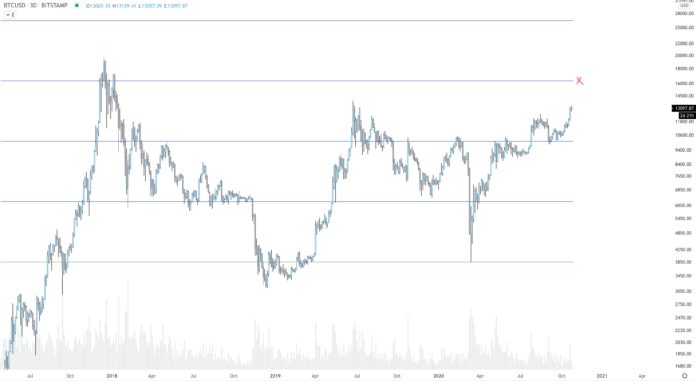 Bitcoin could rocket even higher in the near to medium term, analysts argue after the coin gained around ,500 in a week. A prominent pseudonymous crypto-asset analyst shared the chart below just recently.
“Light,” a crypto trader that has been celebrated by individuals like Su Zhu of Three Arrows Capital, shared the chart below just recently. It shows that above Bitcoin’s price action, from ,200 to ,000, there is little order book resistance on OKEx in particular:
It shows that Bitcoin is currently on track to move towards the next macro level at ,000 after it managed to flip ,000 into support. ,000 has long been an important level for the leading cryptocurrency, acting as a macro resistance and support on a number of occasions. Chart of BTC’s price action since the middle of 2017 with an analysis by crypto trader and chartist Bitcoin Jack (@BTC_JackSparrow on Twitter).
Source: BTCUSD from TradingView.com

Whales Think So Too… Kinda

The chart shows that if Bitcoin moves higher from here, it will encounter little initial selling pressure on OKEx.

OKEx’s order book is especially important because many argue it is where many whales trade, especially those based in Asia. Asia has long had an outsized influence in the space due to its early adoption of Bitcoin and crypto. 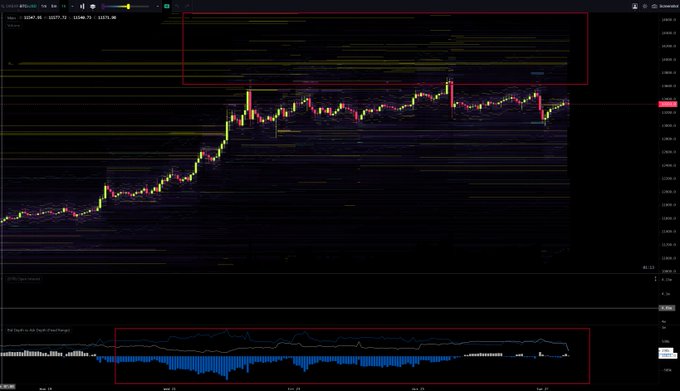 The analyst who shared this chart is one that has been extremely accurate in the past. In March, he predicted that Bitcoin would undergo a V-shaped reversal to ,000 by May or June. And just recently, prior to the latest leg higher, he shared charts indicating that BTC could move to ,000 in October or November. We are doing so now.
“OKEx futures orderbook asks being pulled/executed at market in last few days as BTC consolidates. A move above k in near term is increasing in probability.”