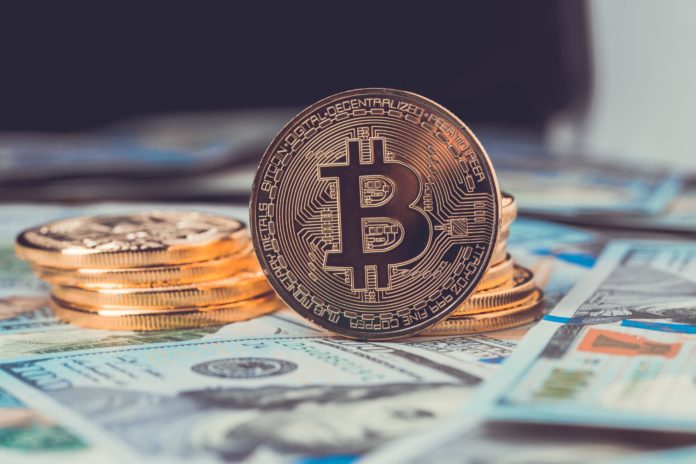 It is imperative that Bitcoin tries not to give up the area around USD 18,000. On the upside, the bulls first have to recapture the USD 20,000 mark in order to target the resistance at USD 20,800 in the next step.
Bitcoin (BTC) and the rest of the crypto market has to bow to the ongoing weakness of the traditional financial market and corrects to new weekly lows after the Fed rate decision.

The long list of weekly losers is headed by Ravencoin with 44 percent price drop, followed by Ethereum Classic with 28 percent.

The long list of losers is led by Ethereum (ETH) with a 22 percent drop in price.

Price developments of the top 10 Altcoins

Also making double-digit gains is Algorand (ALGO) with a 20 percent increase in value. Chiliz as well as Algorand benefit from the increasing interest in soccer NFTs a few weeks before the start of the World Cup in Qatar.
Since the BTC dominance is also currently trying to form a bottom between 40 and 41 percent, Bitcoin should outperform the altcoin sector in the coming weeks if its market power increases again.
The fact that the Fed raised the key interest rate again by 75 basis points to 3.25 percent and at the same time confirmed its interest rate target of 4.6 percent for the coming year, once again caused a broad-based correction in all asset classes yesterday evening. The US dollar index (DXY) subsequently rose again to a fresh high for the year – absolute poison for the crypto market. The fact that the U.S. Federal Reserve is continuing to push the so-called “quantitative tightening” and that around 60 billion U.S. dollars per month will now be withdrawn from the market in the future is also not good news for risky investment sectors.
The crypto market is still unable to recover sustainably. Again and again, new bad news from the traditional financial market cause renewed sell-offs on the global stock markets. Due to the persistently high correlation with the technology index Nasdaq100, Bitcoin and Co. continue to be unable to free themselves sustainably from the stranglehold of the traditional market. The monetary policy of the U.S. Federal Reserve, whose goal is to get inflation under control by all means, continues to have a lead-like effect on all markets.
Disclaimer: The price estimates presented on this page do not constitute buy or sell recommendations. They are merely the analyst’s assessment.

Stability of the Top 10

What remains more problematic here is the cryptocurrency’s low trading volume. Any price increases do not show an increase in turnover, which makes a liberation strike even more difficult.
Apecoin (APE) is also currently benefiting from the staking launch, gaining 14 percent.
These two POW coins are followed by Rocket Pool (RPL) and Lido Staked Ether (LDO), two Ethereum staking providers. However, this price drop should not come as a surprise considering Ethereum’s price setback.
A look at the price performance of the top 10 altcoins paints a bearish picture. With the exception of Ripple, all other major cryptocurrencies are losing value, in some cases significantly, on a weekly comparison.
In total, around 40 of the 85 price losers are losing double-digit value over the last seven trading days.
On the other hand, Solana (SOL) and Cardano (ADA) show a similarly high discount as the cryptocurrency Bitcoin with a good six percent price loss.
Copyright: supernam
The renewed price weakness of Bitcoin and especially the second largest cryptocurrency Ethereum had a significant negative impact on the price performance of the top 100 altcoins recently.

Winners and losers of the week

Despite continued strength in the U.S. dollar and global interest rate adjustments, Bitcoin is still holding up relatively well.
Looking at the ranking of the top 10 altcoins, we find a change of place. Polygon (MATIC) has to make room for Tron (TRX) after a 15 percent price drop, which has now risen back to rank 10.
Leading the short list of outperformers is Ripple with a 30 percent price increase, followed by the soccer token Chiliz (CHZ) with 27 percent.
Only 15 of the 100 largest cryptocurrencies show a price increase in a weekly comparison.
If the classic stock indices Nasdaq100 and S&P500 continue to decline in the coming days, this will not leave the crypto market untouched.

After the merge, the sell-off started

Dogecoin (DOGE) and Tron (TRX), which has re-entered the top 10, both fared relatively well, with a correction of only around three percent.
Much depends on the performance of the classic financial market
The “Merge” in Ethereum (ETH) cannot provide any bullish impetus either, at least in the short term. Rather, investors seem to have taken profits across the board. Likewise, the hype around proof-of-work (POW) based cryptocurrencies such as Ethereum Classic (ETC) and Ravencoin (RVN) seems to have already faded away. Both cryptocurrencies, among the strongest price performers in previous weeks, were among the biggest losers in the last seven trading days. One of the few bright spots this week is the price performance of Ripple (XRP). The price of the fifth-largest cryptocurrency is able to escape the market weakness and buck the trend, gaining 30 percent. In contrast, the Vasil upgrade of Cardano, which started today, does not seem to have a positive impact on the ADA price. The bearish market environment also caused the total market capitalization to slide to a new 50-day low of 8 billion.
Also correcting double-digit in value are Shiba Inu (SHIB) with 13 percent and Polkadot (DOT) with 12 percent price decline.
If new annual lows are formed in the US stock markets, Bitcoin can also be expected to fall below its previous low in 2022.