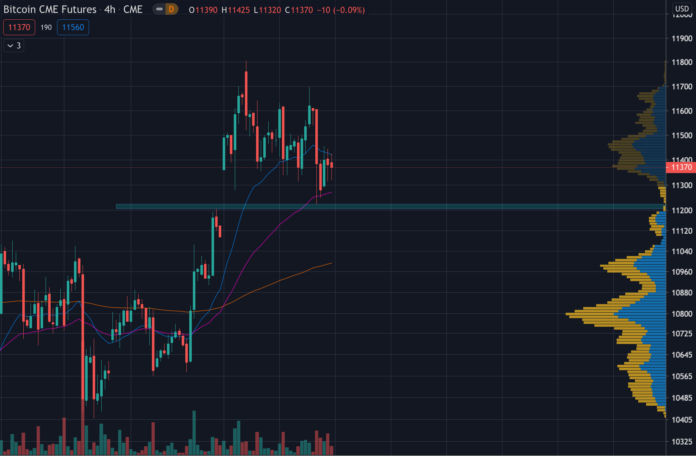 What’s Next for Bitcoin?

Despite these short-term factors that could compress upward movement in the Bitcoin price, the long-term trend remains positive.

Leading on-chain analyst Willy Woo thinks that Bitcoin will drop towards the CME gap in the low-,000s in the near future. The analyst noted that the cryptocurrency has a number of bearish factors that suggest it will drop toward that level:
This confluence indicates that Bitcoin will slip towards the CME gap at ,200 in the near future. That would represent a 2-3% drop from current prices.

Of note, Bitcoin’s network hash rate recently set a new all-time high. This suggests that miners are more confident than ever that the cryptocurrency will continue higher, meaning that they will be profitable.
Chart of BTC’s CME futures price action over the past few weeks with analysis by Willy Woo.
Source: BTCUSD from TradingView.com

“The on-chain fundamentals which are 3-6 weeks at the minimum timeframes are still unchanged in bullish mode, if we do get a pullback, I’d take it as a chance to deploy capital into BTC if you missed it in the 10k zone.”

Woo explained that the cryptocurrency’s on-chain fundamentals remain in bullish mode. He said that he is so confident that if BTC does pull back towards ,000, it may be wise to deploy capital into the coin:
“This is short term technical analysis instead of my normal fundamentals; be warned short term analysis is much lower reliability, more for casino players. SUMMARY: I suspect the last CME gap (what’s left of it in green) may get filled.”