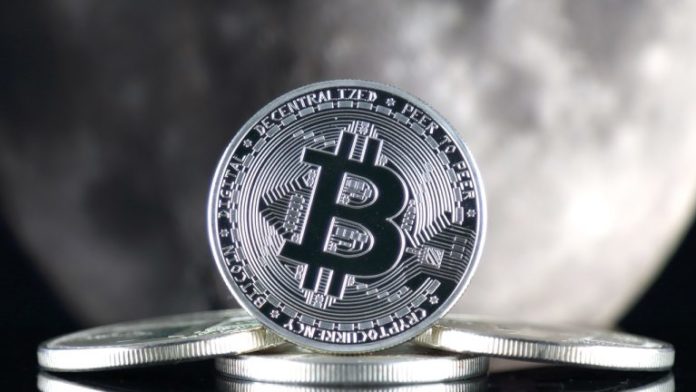 Today, the trust holds the equivalent of about 450,000 BTC. A year ago, it held less than half that amount, indicating rising institutional investor interest. Inflows in GBTC, the largest exchange traded product, absorbed about 70% of new bitcoin supply in third quarter of this year, according to the report.
“Indicating demand for a digital version of gold (bitcoin) and a crypto-asset like the dollar, if current trends prevail, the market cap of tether may surpass ethereum next year,” it said. “Increasing adoption of stable coins is likely a precursor for central bank digital currencies and promises to be more enduring than alt-coin speculative excesses.”
“So, doubling that time frame for maturation could get the price toward 0,000 in about five more years,” he said, in Bloomberg’s Crypto Outlook report for October. “Most demand and adoption measures indicate bitcoin is more likely to stay on its upward path.”
The report also speculates that the market capitalization of tether (USDT) will surpass that of ethereum (ETH) by 2021, to become the second-largest cryptocurrency in the world. In recent months, tether’s market cap has exploded to .6 billion as more investors look to stablecoins to preserve the value of their coins. ETH market cap currently hovers around .6 billion.
Bloomberg analyst Mike McGlone has predicted that the price of bitcoin will hit 0,000 by 2025. McGlone premised his argument on past bitcoin trends, including the period in which the price took four years to go from ,000 to ,000 in 2017.
Bitcoin.com is author of this content, TheBitcoinNews.com is is not responsible for the content of external sites.
What do you think about bitcoin getting to 0,000? Let us know in the comments section below.
The post Bitcoin To Hit 0,000 in Five Years as Demand and Adoption Increase – Report appeared first on Bitcoin News.
McGlone, a senior commodity strategist at Bloomberg, also pointed to bitcoin’s increasing hashrate, growing institutional investor interest, the coin’s limited supply as well as failing global macroeconomics as potential key drivers for future price growth. He uses the example of the Grayscale Bitcoin Trust (GBTC) as a “direct indicator of investor demand”.
McGlone observed how that a top metric for adoption, the 30-day average of BTC addresses, is equivalent to a price of about ,000, suggesting that, at current prices of ,700, the top cryptocurrency is greatly undervalued. He sees the digital asset breaking above ,000 by end of 2020.