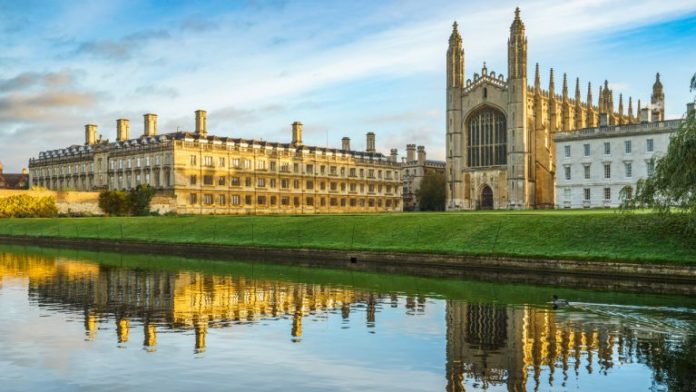 Employment Figures and Growth of the Crypto Industry UC’s authors Apolline Blandin, Gina Pieters, Yue Wu, Thomas Eisermann, Anton Dek, Sean Taylor, and Damaris Njoki emphasize defi has introduced “more risky and experimental innovations.” In the near future, it is possible that crypto service providers will be impacted considerably by the defi space, the study notes. Defi will likely impact large crypto service providers in particular and their business models “in the next 12 months.”
Moreover, the UC findings show that the utility cost for the average miner is roughly 79% of the aggregate operational expenditures. But there are differences that arise at the regional level, the study’s authors note.
“For instance, ethereum mining appears to be particularly popular among Latin American hashers, whereas bitcoin cash is more popular in APAC and North America,” the authors detail. “The mining of privacy coins in Western regions also differs from the global average: 28% and 19% of European and North American hashers report mining zcash, and as many North American hashers also engaged in monero mining.”

The mining section also examines Proof-of-Work’s (PoW) energy consumption, in general, and the subsidies or tax exemptions stemming from governments. Government benefits have entered the fray, but only “28% of the surveyed hashers report receiving support from governments.”

The benchmark report notes that bitcoin (BTC) is the most popular coin with 89% of respondents mining the crypto asset. BTC is followed by ethereum (ETH – 35%) and bitcoin cash (BCH – 30%) respectively. Certain regions have different miner popularity ratings depending on the region and demographic.
The vast amount of findings within UC’s study discusses a number of other subjects like stablecoins, IT security, and government regulations. Stablecoins like tether (USDT) have become very prominent and “increasingly available” the report highlights.
What do you think about UC’s third cryptocurrency benchmark study? Let us know in the comments section below.

The UC crypto study states:
UC’s authors say the number of crypto companies that didn’t adopt know-your-customer rules (KYC), dropped from 48% to 13% during the last two years. This metric highlights that regulatory guidelines and compliance is on the rise. The UC study insists that the standards enforced by the Financial Action Task Force (FATF) invoked this significant change. While discussing electricity costs one takeaway from the study suggests the median Asian and North American miner pays roughly the same amount for electricity.
The University of Cambridge and the school’s Centre for Alternative Finance has published the third “Global Cryptocurrency Benchmarking Study.” The 71-page in-depth study examines the current growth of the crypto industry, mining, offchain activity, crypto asset user profiling, regulation, and security.
As far as the growing crypto asset landscape is concerned, bitcoin (BTC) is still the most popular cryptocurrency by representation on custodial services, payment processors, exchanges, and wallet providers. “Support has declined slightly over time from 98% of service providers in 2017 to 90% in 2020,” the UC authors mention. The UC study then discusses the cryptocurrency mining ecosystem and the report highlights that mining is steadily reaching an “industrial scale.” The findings detail the criteria miners (hashers) leverage in order to choose which coin the operation should mine is entirely based on profit scaling.

“Industry-wide, the growth in FTE employment declined by 36 percentage points between 2017 and 2019, whereas the median firm reported a 75-percentage point downward change in employment growth,” the UC benchmarking study notes.

Ethereum (ETH) is the second most commonly leveraged coin and the crypto asset is widely supported, while LTC, BCH, and XRP are available on at least 50% of 2020’s crypto service providers.
The report also says, at the same time crypto asset companies are complying with new regulations, the “decoupling of duties, such as between custody, clearing and settlement responsibilities, appears to be underway” as well.
The third “Global Cryptocurrency Benchmarking Study” in its entirety can be viewed here.

Moreover, despite the negative news and delistings, “zcash and monero are still becoming increasingly more available, and are supported at 24% and 17% of service providers respectively.” Since the second UC benchmark report, identity-verified crypto asset users have increased significantly.

A Variety of Other Key Crypto Factoids

In 2018, the 2nd Global Cryptoasset Benchmarking Study estimated the number of identity-verified crypto asset users at about 35 million globally. Applying the same methodology, an update of this estimate indicates a total of up to 101 million unique crypto asset users across 191 million accounts opened at service providers in Q3 2020. This 189% increase in users may be explained by both a rise in the number of accounts (which increased by 37%), as well as a greater share of accounts being systematically linked to an individual’s identity, allowing us to increase our estimate of minimum user numbers associated with accounts on each service provider.
High growth is primarily younger firms that are 3-4 years old, and this represents 49% of the share of respondents. A few service providers polled detailed they saw an increase in profits in 2019 compared to years prior. Furthermore, the mining sector was hit the hardest as it’s aggregated employment level saw a 37 point decline. Asia-Pacific (APAC) respondents recorded the highest share of high-growth enterprises in 2019 according to the data.
The September 2020 third edition of the Global Cryptoasset Benchmarking Study concentrates on four market segments which include mining, payments, custody, and exchange. A great number of participants from the cryptocurrency industry took part in the University of Cambridge (UC) study including wallet providers, exchanges, miners, cloud mining providers, crypto custodians, and more. The 71-page UC report says it leveraged two surveys from March and May 2020 to get a number of report’s metrics. The UC report first delves into the crypto asset ecosystem’s employment figures and notes that even though the industry provides opportunity, there’s been a decline since 2017. “Respondents across all market segments, reported year-on-year growth of 21% in 2019, down from 57% in 2018,” the UC authors detail.
“Hydropower is listed as the number one source of energy, with 62% of surveyed hashers indicating that their mining operations are powered by hydroelectric energy,” the UC study details. “Other types of clean energies (e.g. wind and solar) rank further down, behind coal and natural gas, which respectively account for 38% and 36% of respondents’ power sources.”
“For instance, since the introduction of new tariffs on Chinese imports, US hashers have to pay 28% tariffs on ASICs shipped to the USA,” the report says.
Additionally, the renewable energy estimate is much lower than prior reports concerning renewable energy and bitcoin mining. “39% of miners’ total energy consumption comes from renewables,” the UC study highlights. However, 79% of the survey respondents leverage a “mix” of traditional fuels like coal and renewables like hydropower.