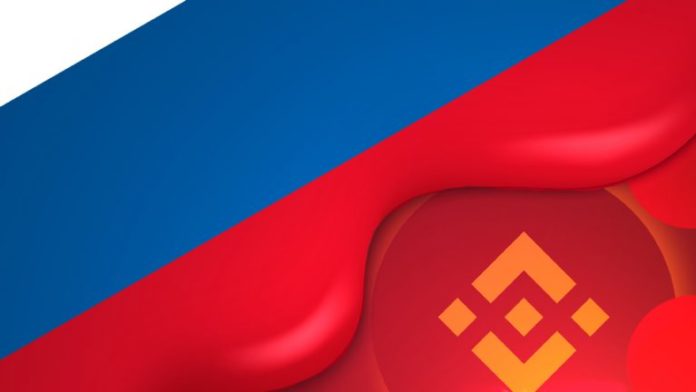 What do you think about Binance being blacklisted in Russia? Let us know in the comments section below.
However, Russians can still access the exchange without the use of censorship-resistant tools such as a virtual private network (VPN). Binance said crypto users’ funds stored with the platform are safe. It is also taking legal advice on the way forward.
In its announcement, the exchange revealed that it had not received any prior warning from Russian authorities about any violations.
We were not previously notified of any claims by law enforcement agencies, civil government services or courts prior to receiving the above notification. We have now engaged our legal counsels for further advice and would like to assure all of our Russian users that there will be no disruption to their services in the interim and that their funds are safe.
The post Crypto Exchange Binance Blacklisted by Russia’s Telecom Censorship Agency appeared first on Bitcoin News.
According to Roskomnadzor, Russia’s Federal Service for Supervision of Communications, Information Technology and Mass Media, distribution of such data is restricted in the country.

In an announcement on its Russian Telegram channel, Binance said it was included on the list of prohibited domains because its website includes information about the purchase and sale of crypto assets like bitcoin (BTC).

Roskomnadzor has previously blacklisted Bestchange.ru, a major local crypto data aggregator. Digital assets have somewhat remained a grey area in Russia for a long time, although the Eastern European country has now officially classified virtual currencies as property. However, cryptocurrency cannot be used to pay for goods and services.
The exchange was blacklisted on June 2, 2020, but Binance became aware of this only on September 24th, after receiving communication from Roskomnadzor.
Russia’s telecom regulator Roskomnadzor has added Binance, the world’s largest crypto exchange, to the list of blacklisted websites in the country.
Bitcoin.com is author of this content, TheBitcoinNews.com is is not responsible for the content of external sites.

In recent months, Russia’s finance ministry has released a number of crypto-related bills that, on the whole, appear to criminalize crypto transactions. The country is now updating the proposed laws, looking to impose heavy and jail terms on Russian users who fail to declare their crypto earnings to the country’s tax agency.