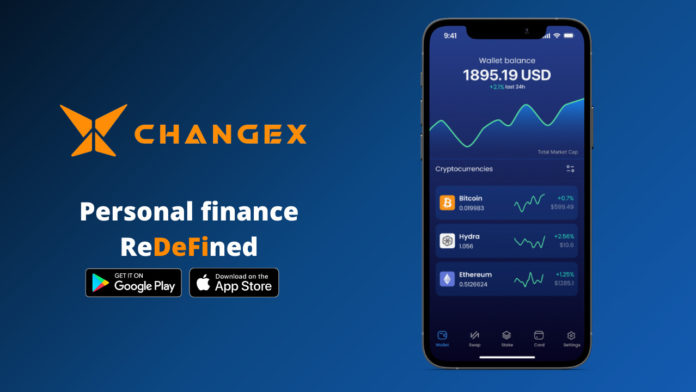 The CHANGE token launch comes after ChangeX successfully completed their ICO, defying bear market sentiment. The ICO resulted in close to M proceeds which will fund the company’s operations for at least 24 months, providing a solid financial starting point despite gloomy market conditions.
The other big thing for ChangeX is becoming an agent of an Electronic Money Institution (EMI) initially, and eventually obtaining its own license which will allow the company to issue IBANs to users, paving the way for the release of the ChangeX Crypto Debit Card. The card will work as standard bank cards do, allowing users to spend both crypto and fiat from within the app. Marketing and Communications Manager
“If​ we assume that​ Revolut was a 1st generation digital asset application, ​and Crypto.com a​ potential​ 2nd generation application, then ChangeX is making an attempt to establish itself as a 3rd generation application ​by harnessing the powerful DeFi products and making them readily available to retail users”, HydraChain Co-founder Nikola Alexandrov added, outlining the vision for ChangeX’s future.
“CHANGE and HYDRA are the essential building blocks of the future of ChangeX. All new features that we plan to add to the project will be built around them. A number of core functionalities will offer a myriad of possibilities that users can use to their advantage”, added Co-founder Gary Guerassimov. “All the additions we’ve planned for the future in our roadmap compliment each other and create an all-in-one app ecosystem that works on interoperability and simplicity. The end goal is a smooth and user-friendly app that offers unprecedented ease of access to DeFi, crypto, and traditional finance.” 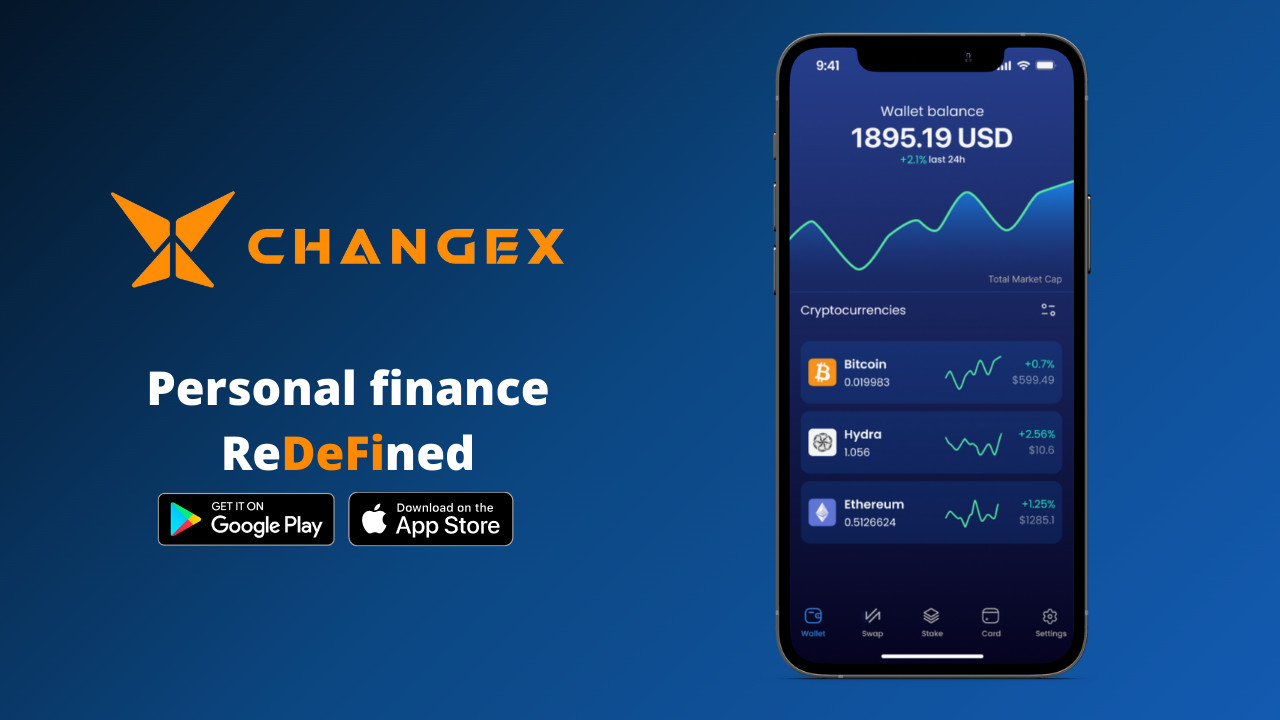 Both iterations of the token have surged in the days following the project’s launch, disregarding bearish market conditions, which can be an indicator of the project’s integrity and the strength of its community.

ChangeX founders Nick Iliev and Gary Guerassimov have a rich history in developing successful crypto and fintech products, among them xChange.bg – Bulgaria’s leading crypto exchange. HydraChain and LockTrip co-founders Nikola Alexandrov and Hristo Tenchev are also on board, each bringing seven years of blockchain experience to the project. The project’s CTO Martin Kuvandzhiev is one of the core developers at Bitcoin Gold – a hard fork of the source Bitcoin code, which brought decentralization back to retail traders and made mining via common GPUs possible again.

ChangeX is an all-in-one personal finance mobile app that merges traditional finance, crypto, and DeFi. ChangeX will offer users a personal bank account, access to multi-chain crypto, and high-APR DeFi tools such as Leveraged Staking, which could double the rewards on all staked assets. ChangeX’s focus falls on passive income and crypto empowerment, and the app will allow users to spend any in-app token on anything via its ChangeX Crypto Debit Card. Users will be able to lend their stablecoins, use locked and flexible staking, buy and pay with fiat, and swap crypto on multiple chains, with everything being accessible in a few simple clicks.
ChangeX’s advisory board features industry experts from some of the biggest names in crypto, DeFi, and finance. SoftBank Vision Fund’s Neil Cunha-Gomes, whose crypto investments include Consensys and Elliptic, has been working alongside seasoned experts Dimiter Gurdjilov and Stefan Ivanov in outlining the company’s strategy and vision. Dimiter Gurdjilov has more than 15 years of investment banking, private equity and business development experience from Merrilll Lynch, JPMorgan, George Soros’ Bedminster Capital, NBGI Private Equity, and Challenger Capital Management. Stefan Ivanov has 25+ years of experience at Citibank, Banque Paribas, and Challenger Capital Management, and has also served as the CEO of Citibank in Bulgaria.

CHANGE was introduced to the app on July 19 together with in-app staking and compounding of rewards, paid out in CHANGE. The staking APR on release day was in the 500% range without including compounding of staking rewards, which naturally made for a four-digit yield. The launch was met with strong demand, and in less than 24 hours 13.2 million tokens were sold on HydraDEX alone, while a total of 11.5 million were staked. Additionally, 1,87 million tokens were sold on Uniswap.
Sofia, Bulgaria, 1st August, 2022, Chainwire
About ChangeX

DeFi project ChangeX has successfully launched its CHANGE token for trading on HydraDEX and Uniswap to strong investor interest, company officials said. The app supports several trading pairs in order to offer a broader range of possibilities to investors, BTC and ETH cross-chain swaps included.
“ChangeX is entering a very exciting stage and we’re very happy with the numbers. We’ve got the app up and running, the token is online and we’ve reached a very important milestone with staking now available.”, said ChangeX CEO Nikifor Iliev. “We aimed for a timely release according to our roadmap, and our developers have been working round the clock in order to reach deadlines and provide the beta version of the app to the community. All this was achieved in less than 6 months, and we’re all very proud of it.”, added Mr. Iliev.
The Advisers

Q3 2022 will see delegated HYDRA staking come to ChangeX, granting users access to full-blooded staking without the need to set up a node, but with all the benefits that normally come with it. The developer team is also focusing on setting up the foundations for ChangeX’s open lending market and flagship Leveraged Staking product, which will offer margin positions on multiple staked assets in the app, amplifying yield by a factor of 1.2-2x.

The ChangeX app is available on the Google Play Store for Android users and on the App Store for iOS.