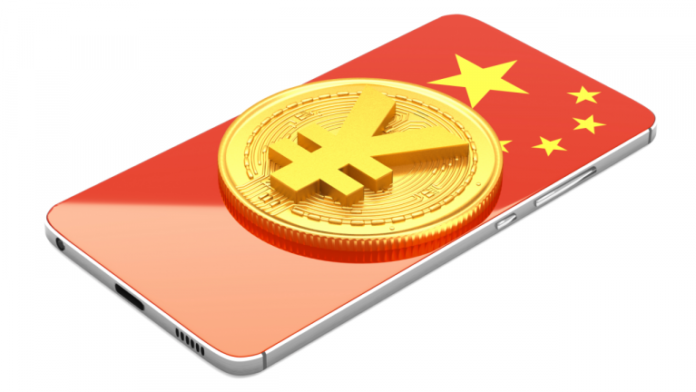 What do you think about this digital yuan giveaway? Let us know in the comments section below.

Bitcoin.com is author of this content, TheBitcoinNews.com is is not responsible for the content of external sites.
The post Digital Yuan Giveaway: China’s Shenzhen City Hands Out 10 Million Yuan in Central Bank Digital Currency appeared first on Bitcoin News.
The red packets of digital yuan can be used at 3,389 designated shops in Luohu district from Oct. 12-18, including Sinopec gas stations, Walmart stores, CR Vanguard malls and Shangri-La hotels. Recipients cannot transfer their red packets to another person.
PBOC Deputy Governor Fan Yifei recently revealed that the digital yuan, known as the Digital Currency Electronic Payment (DCEP), has already been used in 3.13 million transactions worth about 1.1 billion yuan. In addition, the Shenzhen government recently rewarded about 5,000 medical and healthcare workers dealing with the Covid-19 pandemic with digital yuan.
A major Chinese city is giving away 10 million yuan in the country’s central bank digital currency this weekend. Recipients can use their digital yuan at 3,389 stores next week. The city aims for the giveaway to boost usage of the new government-backed digital currency.
The digital yuan giveaway will be done by a lottery in the Luohu district of Shenzhen. Winners will receive digital “red packets” containing 200 yuan worth of the digital currency. Red packets are gift envelopes traditionally used in China to give away money during holidays and special occasions. Any Chinese citizens living in Shenzhen can register for the lottery starting Friday through iShenzhen, a blockchain-based service operated by the Shenzhen government.
China Citic Bank International chief economist Liao Qun believes that this digital renminbi giveaway will increase usage of the digital currency to some extent. Hang Seng Bank (China) chief economist Dan Wang concurs, stating that each yuan given away is likely to generate more sales, citing the multiplier effect. “A back-of-the-envelope calculation would suggest that this 10-million-yuan programme will generate at least 50 million yuan in total demand,” he was quoted a saying.
The Chinese city of Shenzhen is giving away a total of 10 million yuan (.49 million) in the country’s central bank digital currency (CBDC) to 50,000 residents in an effort to boost its usage, the South China Morning Post reported Friday. This is part of the digital yuan pilot program that is being conducted in several major cities in China and the first public test of the digital currency. Shenzhen, known for its shopping destinations, is a modern metropolis city in southeastern China that links Hong Kong to China’s mainland.

The lottery winners will be announced on Sunday, according to a statement by the Shenzhen government. They will then be sent a link to open a digital wallet using the official Digital Renminbi App to claim the red packet, the publication conveyed, noting that the app is currently unavailable for public download.