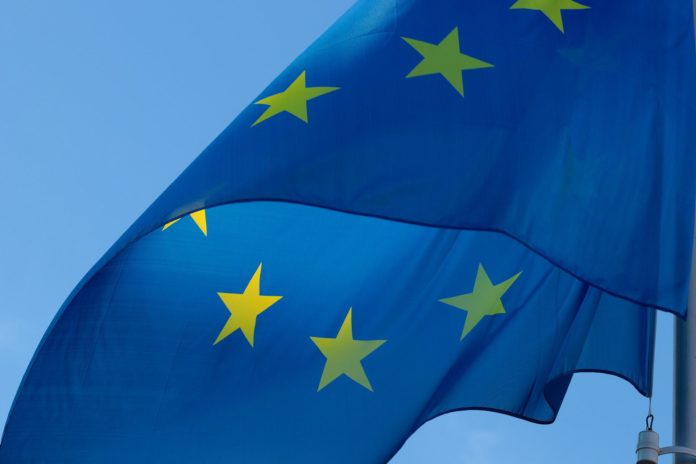 While the Bitcoin market was on a downward slide, discussions about crypto rules continued. There are newsworthy reports from Germany, India and the EU.

The past week sent the crypto market on a downward slide. But one person was apparently not swayed by this: El Salvador‘s President Nayib Bukele. On Twitter, the controversial ruler announced the purchase of 500 Bitcoin for 15 million US dollars on May 9. His country paid an average of .744 per coin, according to the report. El Salvador had become the world’s first country to make Bitcoin its recognized national currency in 2021. With the latest purchase, the Central American state holds over 2,000 BTC in its digital treasury.
Yet Bitcoin adoption among the population has been sluggish at best. Nevertheless, last week Bukele published the first images of the blueprint for his prestigious project: the Bitcoin City. According to the gilded floor plan, the city will be arranged in a star shape around a monument to the cryptocurrency. In addition to sights and an airport, however, one natural feature is of particular interest. The city will be built next to a volcano, which will not only supply energy for Bitcoin mining, but also electricity for the planned crypto metropolis.

While the EU’s regulatory plans are causing resentment among Bitcoin hoarders, the political approach to digital currencies in Germany is moving in a more benevolent direction. For example, the German Federal Ministry of Finance (BMF) announced on May 11 that the 10-year holding period for staking and lending is a thing of the past. Cryptocurrencies can therefore be resold tax-free after one year of ownership, without exception, regardless of whether they were previously used for staking or lending. The German crypto industry received the decision positively. It is also pleasing that the authority clearly defines Bitcoin and Co. as economic goods in its letter. Only this makes it possible to classify them under German income tax law. On the other hand, the BMF distinguishes between active and passive staking. Anyone who operates their own staking node will therefore be considered a service provider in the future. They will then have to pay commercial tax on their income.

Everything on this website can be seen as Advertisment and most comes from Press Releases, TheBitcoinNews.com is is not responsible for any of the content of or from external sites and feeds. Sponsored posts are always flagged as this, guest posts, guest articles and PRs are most time but NOT always flagged as this. Expert opinions and Price predictions are not supported by us and comes up from 3th part websites.
Virtual currency is not legal tender, is not backed by the government, and accounts and value balances are not subject to consumer protections. TheBitcoinNews.com holds several Cryptocurrencies, and this information does NOT constitute investment advice or an offer to invest.

Picture by Pixabay
In contrast to the German tax relief, India wants to tighten the thumbscrews for Hodler. According to media reports, the Indian government is planning to increase the Goods and Services Tax on all crypto services. The tax, which is comparable to value-added tax, is to be raised from 18 to 28 percent. Bitcoin and Co. would thus be on a par with lotteries, horse racing tracks and other forms of gambling. It has not yet been determined when the responsible government committee will debate the tax increase. According to insiders, however, the necessary preparations have already begun behind the scenes.
The struggle for the European crypto regulatory framework MiCA (Markets in Crypto Assets) continues. Two months ago, the EU Parliament presented a draft that is now being debated in a trilogue with the Council and the Commission. The parliamentary proposal envisaged a ban on the admission of crypto providers from countries that are considered high-risk areas or do not levy corporate taxes. According to the Commission, however, this would violate international trade rules, and comparable bans do not exist elsewhere. Consequently, it is unclear why this regulation should apply to Bitcoin and Co. of all things. The Commission and the Parliament, on the other hand, agree on the planned obligation to report all crypto transactions, which has met with concern from the community. The only disagreement in the trilogue is about a register that would list non-compliant crypto service providers.
The debate over the environmental impact of bitcoin mining continued in the U.S. last week. That’s because as of May 9, a number of environmental groups including Greenpeace and the Environmental Working Group sent a letter to the United States Office of Science and Technology Policy – a body that advises the president on technology issues. In the letter, the environmentalists demand the White House take strict action to curb the energy consumption of crypto mining. They argue that mining leads to greater consumption of fossil fuels and hinders the shift to renewable energy. The electronic waste generated during mining is also mentioned as a problem factor.