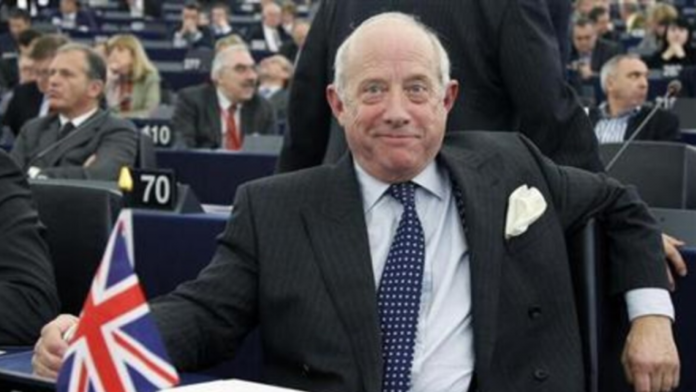 With an overwhelming number of responses from the crypto community, the 70-year-old former MEP followed up with another tweet on Friday. “I have had a very significant response to my bitcoin tweet. So an update. I am revising bitcoin over the weekend to know enough to understand what I don’t know. It is my goal to share my experience with fellow oldies keen to diversify out of fiat currencies.”
Bloom revealed in a tweet on Thursday that he has bought his first bitcoin. “I make my first purchases of bitcoin this week. Gold & silver have I plenty,” he wrote in response to a tweet that says: “If you asked people if they’d prefer 0 or 800 bitcoin a lot of them would pick the dollars. We’re still early.” Below is a video of Bloom informing the European Parliament back in 2013 why he thinks the whole banking system is a scam. Besides telling Parliament members that they did not understand the concept of banking, he said bankers, central bankers, and politicians should be sent to prison for stealing from taxpayers.
Former Member of the European Parliament Godfrey Bloom has bought his first bitcoin. The British politician is famed for numerous controversial views, such as calling the entire banking system a scam and the state an institution of theft.
At press time, Bloom has received 257 comments for his bitcoin buy tweet, which has been liked 2.7k times and retweeted 473 times.
Since Bloom previously insisted that he was not comfortable with bitcoin, some people assumed that he changed his mind this week when he started purchasing BTC for the first time. However, the British politician clarified that he bought the cryptocurrency to diversity his investments. “Don’t mistake portfolio diversification with changing my mind about anything,” he affirmed. Furthermore, he indicated in response to another tweet that he will not ignore Ethereum and decentralized finance (Defi) in his research. What do you think about Godfrey Bloom buying bitcoin? Let us know in the comments section below.
Bitcoin.com is author of this content, TheBitcoinNews.com is is not responsible for the content of external sites.
The former MEP is well known for his unconventional views, including calling the state an institution of theft and saying that the debt crisis was created by politicians and central bankers. He even said that the whole banking system is a scam, as is global warming. He has been referred to by some as the “British Ron Paul.”
This week was not the first time Bloom talked about bitcoin. “I am not anti bitcoin. Just an old geezer more comfortable with gold,” he responded to a tweet urging him to try to get into bitcoin in May. Bloom has long been a gold investor. “I have been buying gold since Gordon Brown was selling it at around 0 per ounce in the 90s. I have accumulated it & stored it in a London safety deposit box. Every now & then I sell a bit at 50 per ounce,” he shared in September last year.

Godfrey Bloom is a British politician who served as a Member of the European Parliament (MEP) for Yorkshire and the Humber from 2004 to 2014. He was elected for the U.K. Independence Party but later served as an Independent. Bloom has also published six books on military history and the Austrian School of Economics.