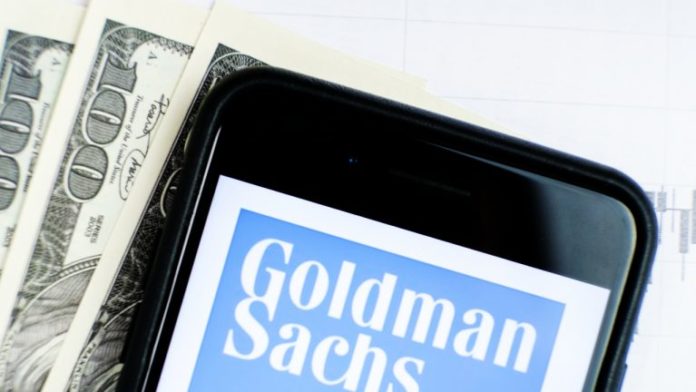 The case involves 1Malaysia Development Berhad (also known as 1MDB) which was set up in 2009 by former Malaysian Prime Minister Najib Razak to promote the country’s economic development. The state-owned fund has been under heavy scrutiny for its suspicious financial transactions, money laundering, fraud, and theft. Razak was found guilty of the scandal in July and sentenced to 12 years in prison and fined million. He additionally received 10 years of jail on six charges, including money laundering.

Goldman Sachs helped sell .5 billion in bonds for the fund in 2012 and 2013, earning higher fees than is typical for this kind of work, the publication detailed. The media calls the scheme one of Goldman Sachs’ worst scandals since the financial crisis. The U.S. Department of Justice alleges that .5 billion was misappropriated from the fund. The Malaysian government dropped criminal charges against three Goldman Sachs units after the bank agreed to pay .9 billion to settle the probe.
Bitcoin.com is author of this content, TheBitcoinNews.com is is not responsible for the content of external sites.
According to Reuters, Goldman Sachs has been investigated by regulators in at least 14 countries, including the U.S., Malaysia, and Singapore over its involvement in the case. Goldman Sachs will pay the U.S. Department of Justice about .2 billion in penalties and return 0 million it earned in fees from working with 1MDB. However, the firm could offset some of that amount with fines paid to other authorities and agencies.
The prosecutors say that most of the money that went missing was allegedly stolen by Jho Low, the fund’s adviser, and his associates. For years, Goldman Sachs blamed rogue employees, two senior bankers who were criminally charged in the matter. The firm’s top banker on the deal, Timothy Leissner, admitted in 2018 to violating money-laundering and bribery laws while working closely with Low to engineer the theft.
The post Goldman Sachs to Settle Massive Corruption Case for .8 Billion With US Government appeared first on Bitcoin News.
Under the agreement with the DOJ, Goldman Sachs will admit fault but will not face prosecution, the publication noted, citing people familiar with the matter. The firm’s Asian subsidiary tied to the misconduct is expected to plead guilty this week. The deal will allow Goldman Sachs to avoid a guilty plea that could cripple its ability to do business.
What do you think about Goldman Sachs’ corruption scandal? Let us know in the comments section below.
Goldman Sachs has reportedly agreed to settle with the U.S. government over its role in a corrupt Malaysian government investment fund, which is one of the firm’s worst scandals since the financial crisis. In addition, Goldman Sachs previously agreed to pay the Malaysian government billions of dollars to end a criminal probe.