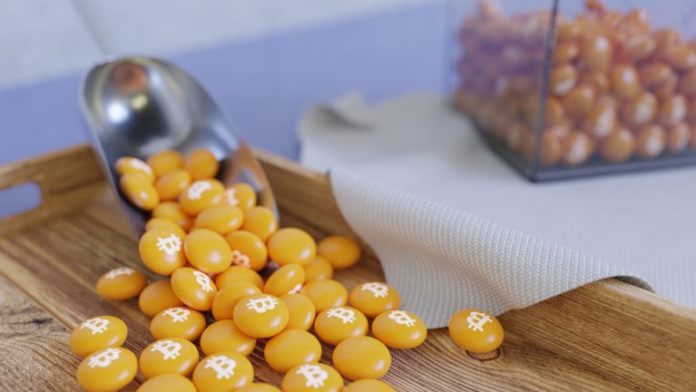 What do you think about Grayscale scooping up 17,100 BTC in the last seven days? Let us know in the comments section below.
“To acquire 16,796 BTC, we traded continuously 74 hours, executing 88,617 trades ~0.19 BTC each [three] seconds,” Saylor said. “~,414 in BTC per minute, but at all times we were ready to purchase -50 million in a few seconds if we got lucky with a 1-2% downward spike,” Saylor added.
The Grayscale Bitcoin Trust (GBTC) is a very popular investment vehicle and in 2020 the trust has obtained a massive amount of BTC. Today, GBTC has .7 billion assets under management (AUM), according to data provided by bybt.com. Grayscale’s bitcoin position is also displayed on the company website as well for transparency purposes.
No one knows exactly how Grayscale acquired the 17,100 BTC, but Microstrategy’s CEO Michael Saylor explained the efforts his company took to purchase the 16k BTC Microstrategy recently purchased.
A number of BTC proponents also believe that companies like Microstrategy and Grayscale’s Bitcoin Trust snatching up vast amounts of BTC is bullish for investors. CEO of UK bitcoin exchange Coincorner, Danny Scott, tweeted on Sunday that BTC’s “foundations are getting stronger by the day.”
Since the Grayscale Bitcoin Trust inception date on September 25, 2013, there are 471,022,700 shares outstanding and each share is worth 0.00095519 BTC per share. This week, digital currency proponents noticed that Grayscale scooped up around 17,100 BTC or 2 million using today’s exchange rates.
With 449,900 BTC held, Grayscale’s Bitcoin Trust has 2.14% of the entire 21 million BTC supply. As far as coins in circulation, BTC just passed the milestone of 18,500,000 in circulation. This means GBTC’s purse represents 2.43% out of the BTC currently in circulation. Bitcoin (BTC) markets have done well in recent days and dominance is nearing 60% again. The cryptocurrency’s percentage change versus USD during the last year is up 29% and during the last 90-days, BTC has gained over 16%.
During the last seven days, Grayscale Investments purchased 17,100 BTC or 2 million worth of bitcoin using today’s exchange rates. The company’s bitcoin position is now close to 450,000 BTC worth roughly .7 billion.
“62 days of Bitcoin ending above ,000,” Scott tweeted. “Previous was 61 from 1st Dec 2017.”
The post Grayscale Investments Scooped Up Over 17,000 BTC in the Last Seven Days appeared first on Bitcoin News.
Bitcoin.com is author of this content, TheBitcoinNews.com is is not responsible for the content of external sites.