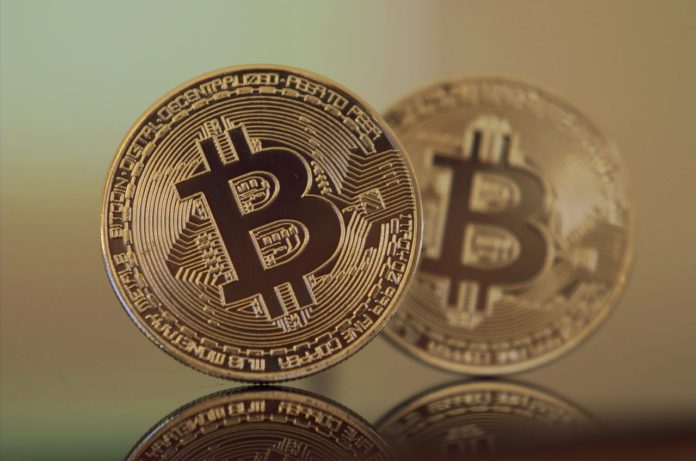 Everything on this website can be seen as Advertisment and most comes from Press Releases, TheBitcoinNews.com is is not responsible for any of the content of or from external sites and feeds. Sponsored posts are always flagged as this, guest posts, guest articles and PRs are most time but NOT always flagged as this. Expert opinions and Price predictions are not supported by us and comes up from 3th part websites.
Security Purposes
In contrast to fiat currency and tangible assets, cryptocurrencies such as Bitcoin are exponentially more difficult to freeze or limit access to, particularly if the assets are housed in a physical wallet or a decentralized exchange, according to the Bitcoin Foundation. As part of the sanctions imposed on Russia, governments asked centralized exchanges to prevent Russian wallets from accessing their funds. However, the vast majority of exchanges refused to comply, citing a lack of consensus across exchanges. Cryptocurrency exchanges, in contrast to banks and other conventional financial institutions, which are entirely centralized in nature, have remained steady. Given the intangibility and ease with which cryptocurrencies such as Bitcoin may be exchanged, it is difficult to impose penalties on them or manage their flow.
Bottom Line
Portfolio Diversification
It is unfathomable for the world’s wealthiest not to invest in stocks to increase wealth. A Bitcoin investment is no different. Diversification into different types of crypto reduces investment risk. You will be compensated if one of your investments underperforms. While the market has crashed around every three years since Bitcoin’s introduction, with the most recent being in 2021. Coins like Bitcoin and other currencies have seen remarkable growth despite the losses in the fiat market. Even in this bear market, the wealthy have been purchasing more Bitcoin in expectation of a price increase, which is more than likely to happen.
Bitcoin was the first cryptocurrency, created as a proof of concept in 2009. It has a market valuation of 6.0 billion and reached an all time high of over ,000 since its debut in 2009. When we talk about cryptocurrency, Bitcoin (Bitcoin to INR) is the most popular and widely known of them all, and has the most value per token. Although, since november 2021, the prices of all cryptocurrencies like Bitcoin, Ethereum, Binance (Binance Coin to INR), Dogecoin etc have declined due to the market crash, but that does not mean Bitcoin isn’t still valuable. Infact, wealthy people and crypto enthusiasts all over the world have been investing in Bitcoin even more. To understand why, we must first define Bitcoin and its impact on the markets.
Advertise with us : Advertise
Bitcoin is digital money that can be used to purchase goods and services. A programmer known as Satoshi Nakamoto created Bitcoin in 2009. Unlike conventional currencies, Bitcoin is only available in digital form, as data on computers or smartphones. It is “mined” (produced) by specialized computers, just as gold, diamonds, and other precious metals are. Bitcoin is decentralized, meaning it is not controlled or issued by a single government or organization. As a result, the government has no control over its dissemination, making it difficult to block.
Virtual currency is not legal tender, is not backed by the government, and accounts and value balances are not subject to consumer protections. TheBitcoinNews.com holds several Cryptocurrencies, and this information does NOT constitute investment advice or an offer to invest.

Alternative To Inflation
A worldwide rise in inflation rates has occurred since the beginning of 2022, and this trend is continuing. In certain areas, inflation rates have reached 6 percent or more, causing concern and uncertainty about the overall economic soundness of the system. A predetermined maximum amount of Bitcoin tokens is available when it comes to the cryptocurrency (21 million). Bitcoin, like gold, has a limited quantity, and once that amount has been depleted, no new tokens can be created to replace them. As of January 2022, 18.9 million tokens have already been mined out of a total supply of 21 million. In order to keep up with demand, the quantity of bitcoins produced every block is decreasing by 50% every four years, which implies that the final conceivable bitcoin will be created about 120 years from now in 2140. When opposed to conventional money, Bitcoin is able to give more buying power per token as a result of these anti-inflationary mechanisms.
The world’s wealthiest people have the most money invested in cryptocurrencies because they have a higher risk tolerance and disposable income. But other than that, they have invested in Bitcoin due to a variety of factors, including portfolio diversification and rising inflation in conventional currencies. Let us look through the reasons why Bitcoin is being doubled down on and the reasoning behind them.
As we’ve seen, Bitcoin is the cryptocurrency with the biggest market capitalization, and it draws a diverse range of investors, including corporations, family offices, retail investors, and the world’s wealthiest individuals. In light of Bitcoin’s development from a method of payment to a store of value, it is still a good decision to invest in the cryptocurrency.
TheBitcoinNews.com – Bitcoin News source since June 2011 –