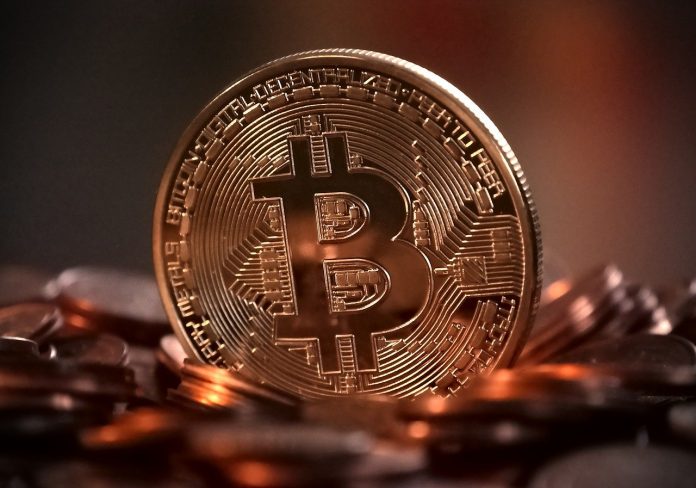 Advertise with us : Advertise
Bitcoin wallets and several available exchanges make the transfer of this currency very smooth. No matter the amount of money transferred, it takes only a few minutes, and the charges are considerably low.
Therefore, Bitcoin is highly valued. It cannot be destroyed as easily as a dollar bill. One possible way to lose your bitcoin is if you forget your cryptographic key. The key to your wallet needs to be kept safe, or all access to your bitcoin will be barred. But even with time, the bitcoin you own will not cease to exist, and it will still be on the records of the blockchain.
The approach adopted by the creator of bitcoin, Satoshi Nakamoto, to keep the supply in check is very different from most fiat currencies. The supplying method of fiat currencies is broken down into different buckets, M0, M1, M2, M3. M0 represents the number of currencies in circulation. M1 is the total of M0 and demand deposits such as checking accounts. M2 refers to M1 and savings accounts and short time deposits, like the ‘certificates of deposit,’ specific to the United States. M3 is M2 and considerable time deposits clubbed together, including money market funds. As it is clear that M0 and M1 are readily accessible, they are used in commerce. Hence, these two buckets are considered as a medium of exchange. M2 and M3 are used for enriching store of value.
The durability of fiat currencies is questionable. Most coins are made of paper, which is highly susceptible to wear and tear, burn, or other factors that make them unusable. Digital currencies are not exposed to such physical harms as there is no physical existence.
It’s known that transferring fiat currencies can take days to get reflected and charges hefty fees. The transferability of any currency plays a huge part in its acceptance by the public. Individuals do not possess bitcoin’s physical representation due to the massive amount of electricity required to mine them and maintain the blockchain; it makes digital transactions very easy.

As bitcoin is decentralized, extra measures have been taken to maintain its safety. The blockchain ledger system is publicly available, such that each transaction is upgraded and visible to every user. To produce a counterfeit is extremely difficult.
The modern era witnessed minted currencies in the form of paper, which does not equal the coins’ intrinsic value made out of precious metals. Modern technology has also built a way for us to use electronic currency and payment modes. Some money can be categorized as “representatives,” meaning that it can buy only a specific amount of a commodity in exchange for a coin or note.
One way to give rise to a counterfeit situation is “double-spending.” it occurs when a user ‘spends’ or transfers the same bitcoin twice. This creates a duplicate record. The fiat currencies cannot have such a problem as they have a physical existence, and once a dollar bill exchanges hands, there is no way you can give the same dollar bill to someone else.

As the world is unpredictable, there are some barriers to the traditional financial institutions that need to be addressed. In order to break down borders and encourage complete social and economic inclusion among countries, bitcoins are introduced. It is not far until bitcoins find a way to be globally accepted and shape our lives for the better.
The rate at which cryptocurrency is adopted by financial institutions, banks, and even people is astounding. The reason behind the growth is the fate of early adopters, which changed overnight. People became rich and got new opportunities to grow financially.

Since its inception in 2009, bitcoin developers have stuck to the protocol that the supply of tokens cannot exceed 21 million. There are around 18.5 million bitcoins currently in circulation. The blockchain technology responsible for mining new bitcoins is designed to automatically half the production every four years. It is anticipated that a supply would hit 19 million by 2022, meaning the protocol is not changing any time soon. Moreover, the amount of computing power engaged in mining bitcoins can make it very difficult for the protocol to be changed.
Another viable attack on the bitcoin network is the “51% attack.” A pool of miners can assemble their computing power to control over more than half of the network power. This group of members uses the ability to dominate the remaining miners on the network to forge records. This kind of attack is unlikely to require a significant amount of effort, computing power, and money.

Bitcoin vs. Fiat Currencies
Countries eventually decided to abolish the gold standard. This step was necessary to deal with the concerns surrounding federal gold supplies. The currency that most countries around the world use is called ‘fiat.’ Fiat currencies are issued and controlled by the government. They are not required to be backed by any commodity as people faithfully accept it. The concept of fiat currency is globally accepted as it is durable, not quickly deteriorates, or loses value over time. Advancement, which has hit hard, is the introduction of cryptocurrencies like bitcoin. To try out this new trending currency, bitcoin Prime is the best trading platform.

Everything on this website can be seen as Advertisment and most comes from Press Releases, TheBitcoinNews.com is is not responsible for any of the content of or from external sites and feeds. Sponsored posts are always flagged as this, guest posts, guest articles and PRs are most time but NOT always flagged as this. Expert opinions and Price predictions are not supported by us and comes up from 3th part websites.
Currencies are only relevant if they are a store of value. People should be able to rely on them to maintain their relative value forever, without depreciating. Throughout history, it has been recorded how people traded in commodities or precious metals as they were considered to have maintained stable weight over time. But carrying around such forms of currency like a sack of cocoa beans or gold was becoming troublesome and unsafe. The Society decided on finding an alternative, and hence, emerged minted coin. It accepted minted currencies widely because they were stores of value. Metals were used to make mint currencies, which provided them with long shelf lives and prevented depreciation.
How is the value of currencies calculated?
Virtual currency is not legal tender, is not backed by the government, and accounts and value balances are not subject to consumer protections. TheBitcoinNews.com holds several Cryptocurrencies, and this information does NOT constitute investment advice or an offer to invest.
Bitcoin is ruling as an efficient alternative to fiat currencies. This is a currency that can be transferred digitally across the world without complications of exchanging, is free from the boundaries of a centralized network, and functions on a very transparent technology. The question arises, what can be the value of this digital currency once it becomes widely adopted?
Governments have kept the supply flexible with fiat currencies, as adjustments are necessary due to ever-changing economic conditions. On the other hand, the supply of bitcoin is restricted. So far, the continuous rewards given to miners in bitcoins have encouraged the robust mining of new tokens. But this will change when the limit of 20 million coins is reached. It is difficult to anticipate what will happen then; fortunately, it is not until the year 2140 that the last bitcoin will be mined.

What made Bitcoin sell so quickly is the blockchain technology used to mine it? Blockchain is termed as a distributed ledger system designed to be decentralized. It can work on trustless trading, meaning the parties involved do not require establishing a trust for the system to function. The intricate system of several validations and checks keeps the system secure and leads to new bitcoins mining. Blockchain technology’s flexibility has made it so popular that its utility is in talks to be used outside the crypto space.
It is disheartening to know that more than a third of the world’s population does not have the privilege of essential banking services. This disadvantage leads them to fall into the trap of dangerous lenders. The interest rates in such situations are highly unfair, causing further more instability among the needy. Cryptocurrencies have brought new hope to such a population. These are digitally available through apps and programs that help the wider audience to benefit from them instantly.
The US dollar or other currencies are not designed to have such a greater degree of divisibility. The smaller units of the US dollar are cents, which are only 1/100th part of 1 USD, whereas a satoshi is 1/100,000,000 of a bitcoin. Such a high degree of divisibility is what makes it scarce. If the surge in the price of Bitcoin continues, even such tiny fractions will be valuable and can be used for everyday transactions. In the absence of this divisibility feature, if the price increased enormously, say, ,000,000 for one bitcoin, it would have refrained its use in day-to-day transactions.
Twenty-one million bitcoins seems insufficient if it is to become a widely accepted currency. The solution to this has already been planned. Bitcoins can be divided into fractions. It is divisible up to 8 decimal points. The smallest unit is called a ‘satoshi,’ which is equal to 0.00000001 bitcoin. This concept allows a quadrillion of individual units to be distributed across the world.