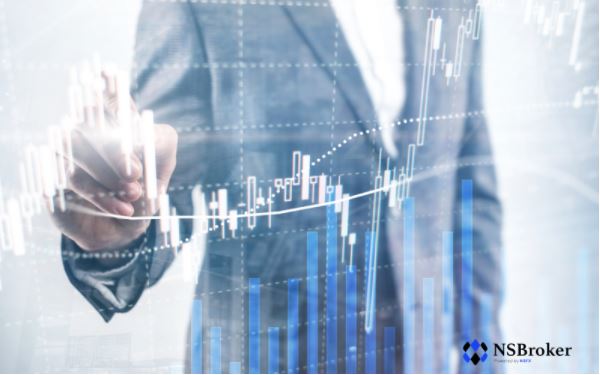 Everything on this website can be seen as Advertisment and most comes from Press Releases, TheBitcoinNews.com is is not responsible for any of the content of or from external sites and feeds. Sponsored posts are always flagged as this, guest posts, guest articles and PRs are most time but NOT always flagged as this. Expert opinions and Price predictions are not supported by us and comes up from 3th part websites.
TheBitcoinNews.com – Bitcoin News source since June 2011 –
Of course, if the cryptocurrency industry knew only success stories, it would have collapsed due to the influx of aspiring traders from all possible fields. Cryptocurrency trading is most similar to business. Like any business, it can bring both success and failure, depending on whether you have correctly predicted market dynamics and made the right decisions. Unlike success stories, failure narratives usually do not have specific names attached to them because people rarely like to admit their mistakes publicly. However, the media is filled with articles about people who risked entering the cryptocurrency trade and failed. In the case of Bitcoin, the lion’s share of such stories tell of situations where people sold their cryptocurrencies when they reached volumes that they considered peak (for example, 5-6 thousand dollars). When the value of Bitcoin increased several times in a few years or even months, such people tried to correct their mistakes and bought this cryptocurrency back, only to then catch it in the next falling stage and lose even more than they originally did.
Recent history knows examples of many people who have achieved tremendous success by investing in cryptocurrencies in the early stages. They came from a variety of fields and industries. For example, the Winklevoss twins, who are currently one of the most influential Bitcoin millionaires, worked in IT. Jared Kenna, the owner of more than $ 300 million in Bitcoins, was an American Marine before he bought the earliest batch of Bitcoins when they cost only 20 cents apiece. Dave Carlston, whose fortune exceeds $ 350 million, became the representative of another generation of Bitcoin millionaires because he did not buy cryptocurrencies at the stages when they were worth ridiculously low amounts of money but earned his start-up capital through crypto mining.
Cryptocurrencies have entered people’s lives relatively recently. Thus, Bitcoin was introduced only in 2009, and a few more years passed until this “king of crypto” gained the hype it has today. Compared to many other assets that have been circulating in the markets for tens and hundreds of years, the 12-year term seems insignificant. However, it was enough for cryptocurrencies to change the lives of many people around the world. At times, these changes were positive; at times, not so much. However, one thing is for sure: those who are completely immersed in the culture of cryptocurrencies could rarely leave their lives unchanged.
It is an indisputable fact that cryptocurrency can change a person’s life. However, no one can ever guarantee that these changes will work for the better or for the worse. Bitcoin, Ethereum, and other tokens are not doomed to success. They are also not ideal assets that are sure to bring you wealth as soon as you decide to invest in them. Instead, these are ordinary tools. Like any tool, they can have different efficiencies depending on who is operating them. Therefore, the dynamics of changes in your life, which cryptocurrencies will bring you, depends on how scrupulously, professionally, and thoughtfully you will approach your investment activities. You may take a set of measures to increase your capabilities and make sure that these instruments are operated in a professional manner. Master the basics of trading and investing, study asset dynamics, analyze markets and news, and the chances that your name will one day be heard in the context of success stories will grow significantly.
For the most part, the failures of crypto-investors boil down to one thing: the inability to use risk management technology and analytics. They illustrate that it is extremely important for traders and investors not only to understand the field in which they operate but also to partner with a reputable broker. For example, https://nsbroker.com provides its traders with comprehensive analytical materials and trading tools, including Stop Loss and Take Profit, which allow the latter to develop an effective risk management strategy. If people who went bankrupt due to cryptocurrency volatility took trading seriously and insured themselves against failure, the media would contain far fewer defeat stories.
Advertise with us : Advertise
Virtual currency is not legal tender, is not backed by the government, and accounts and value balances are not subject to consumer protections. TheBitcoinNews.com holds several Cryptocurrencies, and this information does NOT constitute investment advice or an offer to invest.

Bottom line
Another noteworthy story is that of Eric Fineman. He took even more risk than others because this young investor bought Bitcoins not with his own money but with borrowed ones. If his venture failed, Fineman would not only be deprived of personal funds but also forced to repay the borrowed money. However, he decided to take a risk. By the time Bitcoin reached $ 1,200, Fineman had already amassed a considerable fortune. Thus, his risk paid off. If at some point in their lives, all these people had not decided to take a risk and try something new, they would never have lived the lives they have now. The success stories of crypto investors are diverse. However, one thing unites them all: all these people were willing to take risks and give themselves completely to a new cause. As a result, their efforts were rewarded.
Stories of success.
Stories of failures.