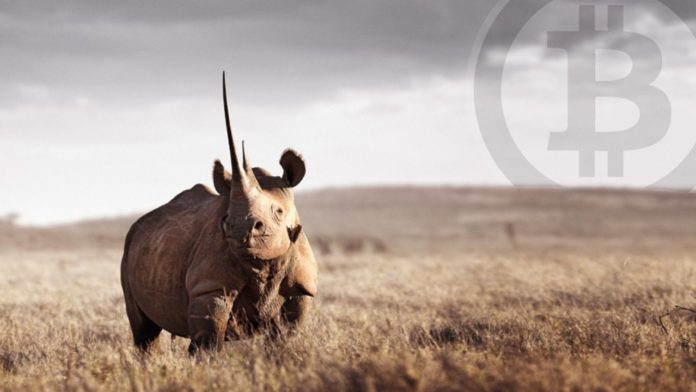 Morocco has an 800MW Noor Midelt Solar complex while Seychelles is planning the first floating solar project which is expected to produce around 5.8GWh electricity annually.
With the world moving steadily into a more digitalized future, more renewable sources of electricity need to be explored and established, not only to drive Bitcoin mining, but to solve common problems such as electricity shortages in numerous developing countries.
You might like: Top 5 Peer-to-Peer (P2P) Cryptocurrency Exchanges in Africa
Apart from generating electricity to support Bitcoin mining in a sustainable manner, there are already existing issues with the supply of electricity in many African countries where there are very few solutions.
In Kenya, Bithub Africa has made use of solar power to mine cryptocurrencies since 2018. The hope with this initiative was to spread it across Africa to other countries to promote Bitcoin mining, address electricity shortages, and move towards a ‘greener’ future.
Solar energy has emerged as a viable, feasible, and sustainable option for combating electricity issues in numerous African countries. There are already several projects which have been established to aid electricity supply and drive Bitcoin mining forward.
There are around 600 million people who reside in Sub-Saharan Africa and while the forecast is that around 1 billion people in the region may have access to electricity by 2040, this still means that there will be around 530 million who will not have access due to population growth.
View the most used bitcoin trading strategies in Africa

TheBitcoinNews.com – Bitcoin News source since June 2011 –
Advertise with us : Advertise
Blockchain in Africa is not merely just about saving money, it is also about creating more transparency and promoting a sense of accountability with the purpose of providing a better life for African citizens.
Everything on this website can be seen as Advertisment and most comes from Press Releases, TheBitcoinNews.com is is not responsible for any of the content of or from external sites and feeds. Sponsored posts are always flagged as this, guest posts, guest articles and PRs are most time but NOT always flagged as this. Expert opinions and Price predictions are not supported by us and comes up from 3th part websites.
Africa is merely seen as an emerging blockchain innovation centre when compared to the United States, Europe, and other areas says Louis Schoeman from Forexsuggest.com
Bitcoin mining uses, on average, around seven gigawatts of electricity, and this number is growing exponentially. There are numerous warnings that Bitcoin mining alone could push global warning over the catastrophic 2°C threshold in less than 14 years.
Bitcoin mining farms have increased greatly on a global scale for the purpose of mining Bitcoin in bulk. These farms are spreading faster in countries such as Egypt due to lower electricity fees.

Bitcoin mining has provided a way forward for numerous individuals, communities, and economies. However, when considering the great amount of electricity consumed, the prospects do not seem as feasible, nor does it seem sustainable.

This has led to conceited efforts in looking towards alternative energy generation to drive Africa and push Bitcoin mining to the next level in many African countries.
With great increases in Bitcoin mining on a global scale in recent years as cryptocurrency’s popularity and acceptability has increased, new efforts are being made into ensuring that Bitcoin mining is more sustainable.
Virtual currency is not legal tender, is not backed by the government, and accounts and value balances are not subject to consumer protections. TheBitcoinNews.com holds several Cryptocurrencies, and this information does NOT constitute investment advice or an offer to invest.
With the establishment of more solar plants, it will also significantly lower the cost of electricity, which will subsequently aid in the establishment of more mining pools or Bitcoin farms in African countries.