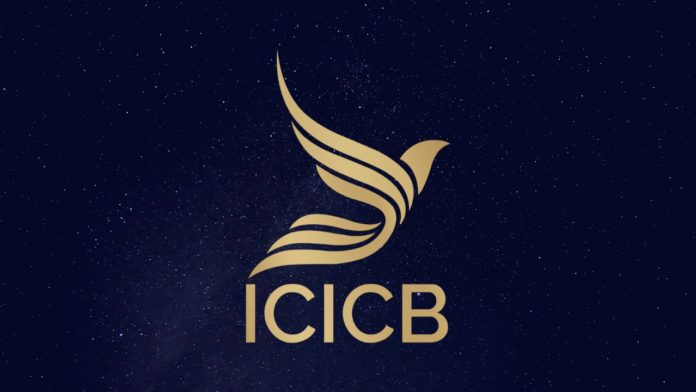 Media Contact Information
Development on the ARES is currently underway, however, the team is looking to release it on the ICICB Chain in 2022. For more information on ICICB Games, visit ares.icicb.com.
[email protected]
Earlier this year, the ICICB Group released their very own blockchain ecosystem, the ICICB Chain, which was dubbed as the “world’s best blockchain”. One of the noteworthy features of the ICICB Chain is ICICB Games, a lineup of blockchain-based games that enables users to make money by selling NFTs. The more users play, the more powerful their (charged) NFTs become.
Unlike existing shooting games, ARES will allow users to own in-game assets like gear, guns, skins, and more in the form of Non-Fungible Tokens (NFTs). These NFTs can be collected, traded, or sold on the ICICB Marketplace for ICICB Coins, ICICB Chains official cryptocurrency.
(Dubai, United Arab Emirates, February 15th, 2022) – The ICICB Group’s subsidiary, ICICB Games, has unveiled the first-ever game in its lineup of blockchain-based games – the first-person shooter ‘ARES’. Recently, blockchain-based games such as Axie Infinity, Splinterlands, and Sorare saw a rapid rise in popularity. ARES is on its way to becoming the newest addition to the wide array of popular NFT games worldwide.
TheBitcoinNews.com – Bitcoin News source since June 2011 –
“We wanted to design a game that has the best of both worlds,” shared by the ICICB game division team. “It will be the kind of game that people will look forward to playing with their friends, but it will also provide them with the opportunity to earn passively.”
According to ICICB’s game division, the company’s primary goal is to design an MMORPG that people will want to play for the gameplay. Unlike other blockchain-based games that focus on the money-making aspect, ARES is, first and foremost, a game – the ability to make money will only be a bonus. ARES will also feature graphics that are on par with popular shooting games.
About the ICICB Group
Everything on this website can be seen as Advertisment and most comes from Press Releases, TheBitcoinNews.com is is not responsible for any of the content of or from external sites and feeds. Sponsored posts are always flagged as this, guest posts, guest articles and PRs are most time but NOT always flagged as this. Expert opinions and Price predictions are not supported by us and comes up from 3th part websites.
Tower 2 – Office 1001, Dubai
Virtual currency is not legal tender, is not backed by the government, and accounts and value balances are not subject to consumer protections. TheBitcoinNews.com holds several Cryptocurrencies, and this information does NOT constitute investment advice or an offer to invest.
Boulevard Plaza

Advertise with us : Advertise
Established in 2019, The ICICB Group is an investment holding company based in the United Arab Emirates. The group serves a variety of industries including commercial real estate, medicine, consulting, and more. It currently has over 114 branches in 26 countries.
‘ARES’ will be ICICB Games’ first-ever blockchain-based game. It builds upon the mechanics of popular shooting games such as Call of Duty and Counter-Strike while offering the features of an online co-op. As a massively-multiplayer online role-playing game (MMORPG), users will be able to team up with friends, engage in Player-Versus-Player (PvP) combat, level up their weapons, win in an open war, and more. Players will also be able to choose their character from a vast selection of avatars but are free to alter their character’s appearance with NFTs.
+971 547708677