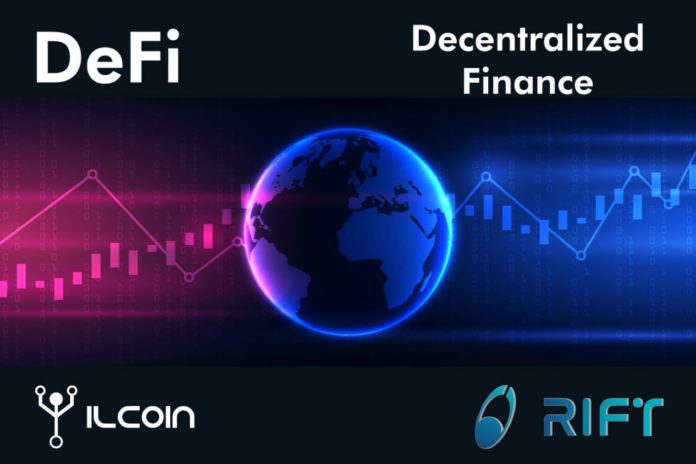 In a financial transaction, paying fees or waiting for days for the funds to arrive in the receiver’s account is a normal thing. Bitcoin, Ethereum, and other cryptocurrencies succeed by providing a faster and cheaper system where you could transfer 5 million for just TheBitcoinNews.com – Bitcoin News source since June 2011 –
Virtual currency is not legal tender, is not backed by the government, and accounts and value balances are not subject to consumer protections. TheBitcoinNews.com holds several Cryptocurrencies, and this information does NOT constitute investment advice or an offer to invest.
But RIFT technology is capable of so much more. It’s seen as a layer-2 solution as it works on top of the main blockchain, but contrary to other layer-2 solutions, it is blockchain-related as well. This second blockchain allows for the creation of mini-blocks capable of holding up to 25MB of data each. Now here’s where the magic happens. These mini-blocks don’t have to be mined as long as they are referencing a mined block on the main chain. Actually, the mini-blocks are filled with references to transactions. That’s why they are automatically generated. There can be as many mini-blocks as needed with a cap of 200 (or 5GB of information). Plus, the synchronization with the main blockchain isn’t a problem either as they are processed asynchronously.
Everything on this website can be seen as Advertisment and most comes from Press Releases, TheBitcoinNews.com is is not responsible for any of the content of or from external sites and feeds. Sponsored posts are always flagged as this, guest posts, guest articles and PRs are most time but NOT always flagged as this. Expert opinions and Price predictions are not supported by us and comes up from 3th part websites.
ILCoin is a one-of-a-kind protocol where businesses and developers looking to build a decentralized platform can take advantage of its fast and efficient network to power up their ideas.
However, paying a fee or waiting a few hours to update your status or upload a photo on Facebook is something that most people would refuse to do outright. That’s how a DeFi app looks to the mainstream user.
ILCoin introduces a unique hybrid-decentralized approach, called the “Decentralized Cloud Blockchain” (DCB) platform. The foundation of the platform consists of two technologies: Command Chain Protocol (C2P) and the RIFT protocol, with the RIFT protocol being the one responsible for the lower fees and faster transaction times.
Blockchain interaction will always come with a fee attached. Node synchronization (aka transaction confirmation) will always come with a wait time. But the expectations of everybody when it comes to most dApps is cents and seconds. And ILCoin is delivering a protocol that can live up to everyone’s expectations!
ILCoin inherits the benefits of the RIFT protocol, and as a result, the scalability, synchronization, and data-transmission issues related to most other blockchains are no issue for its network. ILCoin’s DCB platform is live and available for projects willing to give it a try. When the current and upcoming DeFi projects will come to understand that all limitations of the Ethereum network could be overcome by making the switch, that’s when the demand for DeFi will finally be satisfied!
ILCoin, using the RIFT protocol as its core technology, managed to produce a 5GB block. That’s on the live network. That can be publicly viewed by anyone on the explorer.
The concept of mini-blocks is nothing new. Ethereum 2.0 is looking to achieve a similar solution with its sharding technology. But whether or not that will succeed, we’ll only see when it is finally launched on the mainnet. The current testnets are too centralized and can’t replicate real-world conditions. However, RIFT has already figured out the technology. It’s live, it’s working, and it has already solved the First-In-First-Out and Bottleneck problems (well-known issues of sharding).

Advertise with us : Advertise
DeFi (Decentralized Finance) has been in the spotlight for a few months already and projects both new and old have seen an increased influx of users on their platforms. Most of these projects are Ethereum-based, so they all share the same network limitations and issues. That’s when everybody has seen fees up to 0 for a single transaction and hours-long confirmation times.
That’s not all, though. ILCoin’s blockchain is completely unique when it comes to how it handles data. The technology allows any project to store user data (any kind of data!) in a more secure and reliable way. Imagine any text, photo, video, or private conversation that you upload on an ILCoin-powered blockchain; it will all be secure and you will still have complete ownership over it. That’s completely opposite to Facebook, for example, which is storing all this information on a centralized database and selling it for their own profit. But we aren’t here to bash Facebook; that’s just how centralized software works.
The RIFT protocol is the technology that improves the scalability of blockchain. There’s always this discussion among blockchain protocols on how to increase the block size. The reason is as simple as it sounds: the bigger the block, the more data and transactions that can fit into one block. Imagine a bigger train compartment. Instead of skipping 2-3 trains just because the tickets are sold out, you can now choose your seat and get your ticket at a discount.