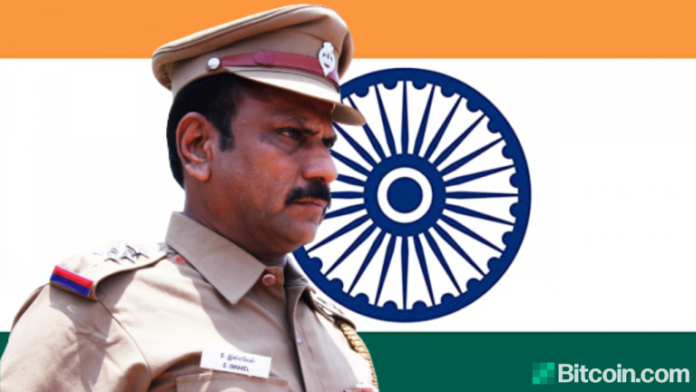 Three companies allegedly running a large-scale cryptocurrency Ponzi scheme are being investigated by Indian police. The scheme promises extraordinary returns to investors. The police have registered a case against the alleged CEO of the companies.

“We have taken a suo motu case against Nishad under the Prize Chits and Money Circulation Schemes (Banning) Act 1978. We launched an investigation into the case based on a tip off received by District Police Chief Abdul Karim,” he elaborated.

Indian police are reportedly investigating three Bengaluru-based companies over a cryptocurrency investment scheme that has lured investors from all over India. The companies are Long Reach Global, Long Reach Technologies, and Morris Trading Solutions. They are allegedly connected to “a multi-crore money chain scam,” the New Indian Express publication reported Friday. According to the police:
The post Indian Police Investigate 3 Companies Running a Crypto Ponzi Scheme, CEO Charged appeared first on Bitcoin News. However, the police revealed that so far none of Nishad’s clients have filed a complaint. “We have not received any complaint. We think he has gained their confidence by paying 0.5% to 3% interest on their investment every day for a certain period of time,” Vishnu confirmed. Nonetheless, he emphasized that “action will be taken against the company owners for running a money chain business.”
The police recently registered a case against Nishad K. of Pookkottumpadam, Kerala, after raiding his home. They believe him to be the CEO of the three companies. “We recently raided Nishad’s house and have seized documents related to his financial dealings. We are looking into the documents and we have taken statements from some of his ‘clients’ in the area. Nishad will soon be quizzed in the case,” Circle Inspector Vishnu P. of Pookkottumpadam was quoted by the news outlet as saying.
While Nishad claims that his business is legal, the police say that Morris coin’s website shows no information about the team members or developers of the cryptocurrency.
What do you think about this crypto Ponzi scam? Let us know in the comments section below.
The minimum investment amount required per person in order to participate in the scheme is Rs 15,000 (5), police say. Scammers allegedly attracted investors with extraordinary promises, such as a return of Rs 270 per day for the next 300 days, the publication conveyed. In addition to offering 10 Morris coins after a 300-day lock-in period, the scheme offers investors a 10% to 40% commission for getting more people to invest in the coin. Financial experts say this is a Ponzi scheme, and the companies are leveraging investors’ interest in cryptocurrency to lure them to add to the chain.

These companies collected at least Rs 15,000 each from over 11 lakh people from across the country to invest in a new cryptocurrency called Morris coin.