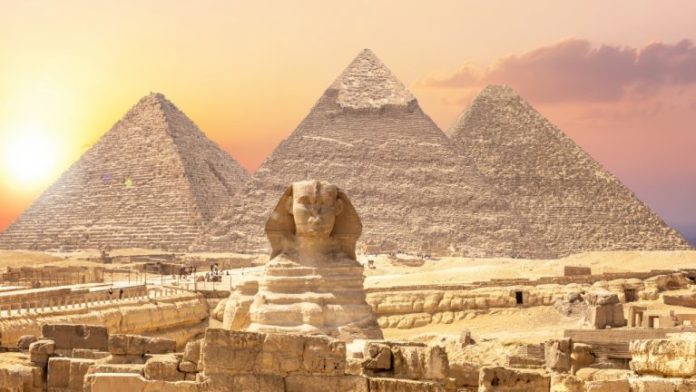 What do you think about Egyptians’ growing interest in bitcoin? Let us know in the comments section below.

Bitcoin.com is author of this content, TheBitcoinNews.com is is not responsible for the content of external sites.
The miner noted that bitcoin mining and trading are attracting thousands of Egyptians since they do not require much startup capital and millions of Egyptians’ savings are dwindling amid the recession.

Unemployment and recession resulting from the spread of the coronavirus and the precautionary measures taken are the main reasons behind the youths’ inclination toward bitcoin trading and mining.

A growing number of Egyptians are reportedly turning to bitcoin amid rising unemployment and the economic crisis. An Egyptian bitcoin community is seeing a huge spike in the number of members interested in bitcoin mining and trading.
Many Egyptians are drawn to bitcoin amid the coronavirus pandemic, economic crisis, and resulting unemployment, Al-Monitor news outlet reported last week.

Another bitcoin miner, who is a member of several bitcoin and cryptocurrency communities like Bitcoin Egypt, told the publication that he chose this business after losing his job at a contracting company that downsized, following the coronavirus outbreak. He invested what he saved over the past years into the business. More than half a million Egyptians have lost their jobs as unemployment in the country rose from 7.7% in the first quarter to 9.6% in the second quarter, the news outlet added.

Mohamed Mohsen, an Egyptian bitcoin miner and lawyer, told the news outlet that Egyptian laws do not criminalize the dealing in cryptocurrencies. He added that people who have been arrested by the authorities misused cryptocurrencies in crimes, such as fraud and financing of terrorism.

Ahmed Shuair, an economics lecturer at Cairo University, believes that the Central Bank of Egypt will soon legalize cryptocurrencies. He explained that the central bank was preparing to issue a law to that effect in January, but the coronavirus pandemic changed the bank’s priorities.
“Many young Egyptians started investing in small amounts despite the increase in the value of the bitcoin. They started mining satoshi, which is 100 millionth of a bitcoin, and on a daily basis they are making profits of 4% to 5% from the difference between buying rates during the timing of demand decline and selling rates at the time of peak demand, besides some quarterly or yearly profits from unexpected hikes in bitcoin rates,” he was quoted as saying. He explained that “Online work from home, reduced working hours and curfews have been imposed since March as precautionary measures against the outbreak of Covid-19 in Egypt,” the publication conveyed. “The huge business shift to online work from home along with reduced working hours and curfews are encouraging thousands of Egyptians to invest their spare time in unusual online businesses like mining and trading of cryptocurrencies, most notably the bitcoin.”
On peer-to-peer (P2P) bitcoin marketplace Localbitcoins, the BTC trading volume has been steadily growing, even though only 10 BTC were trading in the week ending Sept. 26. Egyptian economist and financial adviser Wael al-Nahhas told the publication:
The post Interest in Bitcoin Soars in Egypt Amid Economic Crisis and Unemployment appeared first on Bitcoin News.
The number of miners in Egypt should be greater, since each one of the 16,000 [members] may train and guide many of their friends, family and neighborhood zones.

A bitcoin mining and trading expert, Muhammad Abd el-Baseer, is a leading member of the Bitcoin Egypt Community, one of Egypt’s professional online communities for people interested in cryptocurrency. He told the publication that there has been a spike in the number of community members, indicating high demand for bitcoin mining and trading in Egypt. Noting that more than 16,000 Egyptians have joined the community, he estimated: