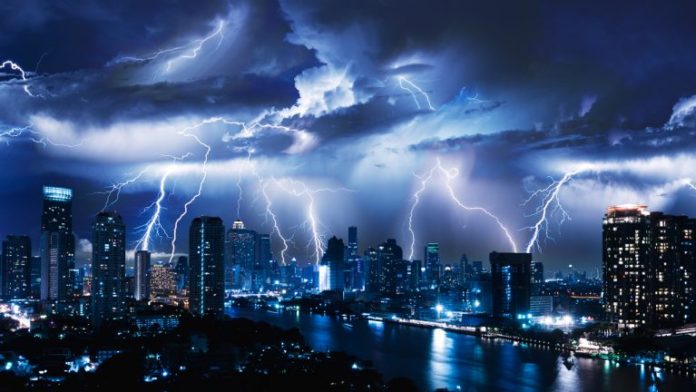 “Lightning is great, but can’t say it is battle-tested,” said Jager. “If script kids would be interested, they could take down those shiny new 5 BTC wumbo channels with negligible cost and no effort at all.” The fact that any script kiddie could leverage the ‘griefing attack’ to take down those 5 BTC channels, with very little effort, is quite discouraging.
“One of the risks that were identified early on is that of a wide systemic attack on the protocol, in which an attacker triggers the closure of many Lightning channels at once,” explains the paper’s authors. “The resulting high volume of transactions in the blockchain will not allow for the proper settlement of all debts, and attackers may get away with stealing some funds. This paper explores the details of such an attack and evaluates its cost and overall impact on Bitcoin and the Lightning Network.”
Even with the high fees and the mempool clog, the greater bitcoin community is still transacting mostly onchain. The Layer 2 protocol built on top of Bitcoin called the Lightning Network (LN) was supposed to ease the problems, and it was assumed people would shift to the LN solution. However, this never came to fruition, as the LN software has been considered too difficult for the average user, many apps are custodial, and there have been numerous vulnerabilities disclosed this year.
Even if that were a success (by 2051, with one-third of the buyers already dead of old age) Lightning Network would STILL be vulnerable to Flood and Loot attack, and trivial DDOS at the protocol level. Lightning Network is no solution whatsoever.
Of course, some of the exploits are more costly than other attacks, and engineers are working on solutions to fix these issues. However, many Lightning Network skeptics don’t believe the LN protocol will ever be ready, as one individual noted on Twitter:

Not too long after that issue, Antoine Riard recently discussed another susceptible exploit called the “Pinning Attack.” Riard notes that to the best of his knowledge, “currently deployed LN peers aren’t secure against [certain Pinning Attack] scenarios.” One particular scenario “requires heavy, long-term work at the base layer,” Riard stressed.
Moreover, the researchers Jona Harris and Aviv Zohar recently published a paper called: “Flood & Loot: A Systemic Attack On The Lightning Network,” which is similar to the griefing attack.
Even though the LN total-value-locked (TVL) in 2020 has been at an all-time high (.3M), it hasn’t come close to the over billion worth of bitcoin (BTC) held on Ethereum. The attack vectors have also been making crypto advocates leery of the Layer 2 protocol, as there’s been a number of vulnerabilities disclosed. For instance, Joost Jager, an independent Bitcoin and Lightning Network engineer tweeted about one on Sept. 22.
The Lightning Network has been around for quite some time, but these vulnerabilities and exploits combined with how unfriendly the user experience is, it hard to imagine the second layer solution catching on.
At the time of publication, the Bitcoin (BTC) mempool (backlog of transactions) shows 113,000+ unconfirmed transactions and the backlog hasn’t been this high since 2017. When the bull run took place three years ago, transaction fees and unconfirmed transactions shot through the roof. Currently, according to bitcoinfees.cash data on October 31, the next BTC block fee is .77 and the current median fee is .43.
While bitcoin has run-up to all new price highs in 2020, a great number of crypto supporters have been complaining about the mempool backlog and the high fees needed to send a transaction. Meanwhile, the Lightning Network is far from seeing widespread adoption, and a number of attack vectors have been revealed this year.

Furthermore, on June 2, 2020, Antoine Riard and Gleb Naumenko published a paper on another Lightning Network vulnerability called the “time-dilation attack.” One scary fact that Naumenko and Riard disclose about the time-dilation attack, is that it is “currently possible to steal the total channel capacity by keeping a node eclipsed for as little as 2 hours.”