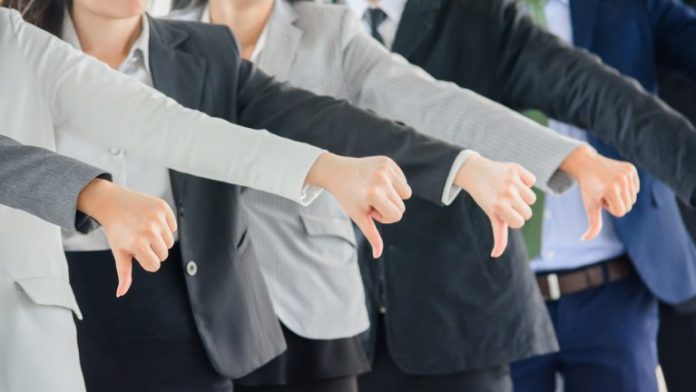 Bitcoin.com is author of this content, TheBitcoinNews.com is is not responsible for the content of external sites.
A vote held this Tuesday indicates that the Makerdao project doesn’t plan to compensate any of the victims from the black swan event on March 12. The vote had a few options that would pay victims a percentage of the losses, and one option that called for zero compensation.
“I wish I could speak freely about it, but unfortunately I can’t comment on it because of the on-going lawsuit,” Christensen tweeted.
One person said that the vote was delayed purposely for months, so people forgot about the liquidations. A Makerdao team member called ‘Monetsupply’ described how the decision came to happen, and stressed that the “Maker protocol was designed to recapitalize system debt, but had no such guarantee for vault collateral.”
The post Makerdao Vote to Not Compensate Black Thursday Victims Receives Harsh Criticism appeared first on Bitcoin News.
Financial columnist William Foxley discussed the class-action against Makerdao with the Harris Berne Christensen LLP attorney Adam S. Heder via email. Despite the recent zero compensation decision, Heder explained to Foxley the lawsuit against Maker for million would continue.
What do you think about the Makerdao’s recent vault compensation poll decision? Let us know what you think in the comments section below.

The plaintiffs claim that the Makerdao team did not explain the extreme risk of loss to investors. After the Tuesday vote, on Thursday morning, Makerdao cofounder Rune Christensen was asked about the poll decision.

Large Makerdao holders decided not to compensate the victims that were liquidated during the unexpected flash crash that took place on March 12, otherwise known as ‘Black Thursday.’ An aggregate total of 38 votes was cast and more than 65% of the governance portal participants voted for zero compensation.
56% of the collateral backing DAI is centralized nonbearer assets. So not only is DAI not decentralized, governed by MKR whales, and unable to maintain its peg, but they also refused to compensate users who got their liquidated for Out of the 38 votes, over 65% voted for the zero compensation option, which means victims will get nothing for the losses. The news follows the recent class-action lawsuit against the Makerdao project for million that was filed in mid-April.
The day after March 12, otherwise known as ‘Black Thursday,’ the Makerdao project made headlines after between to million worth of the stablecoin DAI was left underwater due to an auction failure.
In response to the Monetsupply’s thread concerning the vault compensation poll, one person asked if the class-action lawsuit was “factored in the decision.” No one responded to the question asked.

A number of crypto enthusiasts didn’t take too kindly to the vote’s ultimate decision to not compensate the victims and conversed about it on social media. The popular Twitter account @chainlinkgod tweeted some harsh criticism toward Makerdao and DAI to his 26,000 followers: