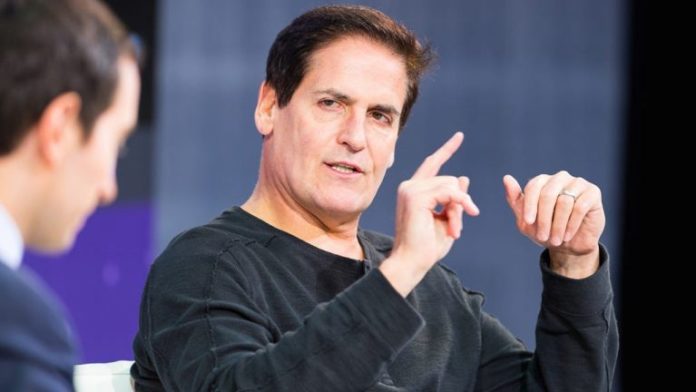 Prior to Zimbabwe’s economic collapse in 2008, Reserve Bank of Zimbabwe governor, Gideon Gono had introduced as legal tender, bearer cheques that had an expiration date. Gono argued that bearer cheques, which were issued between 2003 and 2008, were a necessary tool in his fight against cash hoarders and the foreign currency black market. Some of the bearer cheques had a circulation period not exceeding three months.
However, this strategy failed and Zimbabwe went to record the second-highest ever recorded inflation of 79.6 sextillion percentage.
The post Mark Cuban Wants an Expiration Date on Stimulus Checks: Critics Says Proposal Is Right out of a Banana Republic Playbook appeared first on Bitcoin News.
Bitcoin.com is author of this content, TheBitcoinNews.com is is not responsible for the content of external sites.
U.S. billionaire Mark Cuban wants the next stimulus check to come with an expiration date in order to force Americans to spend the funds. The businessman believes this “use it or lose it” approach would benefit the U.S. economy as it promotes spending instead of saving. Cuban argues that when consumers are forced to spend, it helps businesses to stay open and help the economy to recover from the knock-on effects of the Covid-19 pandemic.
What do you think of Cuban’s proposal? Tell us what you think in the comments section below.
“Expiration dates on money are used in banana republics. Copy-paste from the Gideon Gono playbook, former central banker of Zimbabwe.”
The billionaire says the objective is to get that money flowing into the economy every two weeks. Once businesses start having demand, “even if they’re closed and working online,” then there is a “reason for them to be able to bring back employees and retain those employees if demand is sustained.”
Cuban, who made a similar proposal in May, argues that “without mandating the money be spent within 10 days of receipt, many Americans will save it.” The last time the Treasury sent checks to U.S. citizens at the start of the lockdown period, some Americans used their funds to invest in stocks as well as in cryptocurrencies.
Explaining details of his proposal, Cuban says that “all American households, no matter their income level, should receive a ,000 stimulus check every two weeks for the next two months.”
However, some critics have assailed Cuban’s “risky” plan as well as the general calls for endless streams of free money. In a Twitter post, analyst Jereon Vandamme, says billionaires like Cuban “hope they will profit the most, while the system gets inflated.”
Meanwhile, despite these concerns about the proposed economic stimulus plan, haggling US lawmakers are still expected to approve a .4 trillion aid package. It remains unclear, however, if the US government is going to take heed of Cuban’s advice.

Vandamme is particularly incensed by Cuban’s use it or lose it proposal saying: