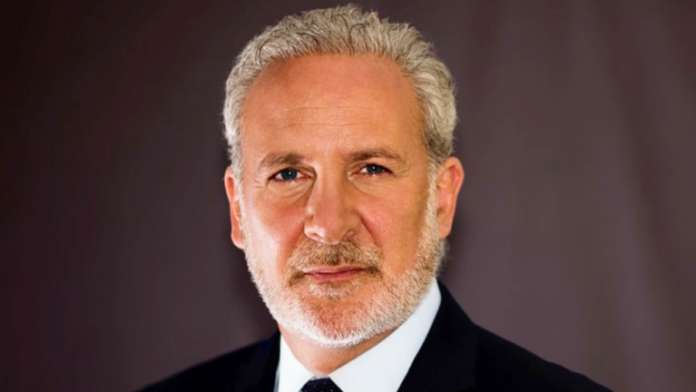 What do you think about Peter Schiff’s case? Let us know in the comments section below.

Euro Pacific Bank, a Puerto Rico-licensed bank founded by gold bug and bitcoin skeptic Peter Schiff, is reportedly under investigation by the tax authorities of Australia, the Netherlands, the U.S., Canada, and the U.K. Several media outlets — The Age, the Sydney Morning Herald, 60 Minutes, and the New York Times — jointly investigated the story.
The large-scale probe, dubbed “Operation Atlantis,” was launched simultaneously by the five tax authorities in January, according to an article published Sunday by The Age. Australia’s deputy tax commissioner, Will Day, says this operation targets international money laundering and tax evasion, calling the inquiry into Euro Pacific Bank “unprecedented.”
Bitcoin.com is author of this content, TheBitcoinNews.com is is not responsible for the content of external sites.
The Schiff family is well known for disliking paying taxes. Peter Schiff’s father, Irwin Schiff, died in jail after he was convicted of tax evasion. He ran a business called Freedom Books, selling information that taught thousands of Americans how to cheat the system.
Peter Schiff is adamant authorities won’t find anything to implicate the bank.
Euro Pacific Bank’s former IT director, John Ogilvie, also revealed problems with the bank’s security, The Age further reported, noting that at one point Russians tried to extort the bank for a ransom of 1,000 bitcoins.

Euro Pacific Bank, founded by gold bug and bitcoin skeptic Peter Schiff, is reportedly under investigation by the tax authorities of five countries. The bank’s customers allegedly include several tax fraud masterminds and a Russian syndicate described by the FBI as the world’s worst cybercrime group.
Euro Pacific’s correspondent banks allegedly include Westpac, Western Australian government-backed Perth Mint, the New York Federal Reserve, and Canada’s Bank of Montreal.
Customers of Euro Pacific Bank allegedly include Sydney businessman Simon Anquetil who was behind the Plutus Payroll fraud scheme that stole more than 5 million. Other clients include Hollywood film financier Darby Angel, who has a drug trafficking conviction, and Canadian national Gunnar Helgason, who was arrested in 2013 as the mastermind of “an international boiler-room scam.” The FBI also linked an account at Euro Pacific to a Russian syndicate it describes as the world’s worst cybercrime group. At least 400 customers of the bank are from Australia, about 100 of whom are considered “high risk.”
Peter Schiff agreed to a Zoom interview with 60 Minutes Australia last month from his home outside of New York. However, he abruptly walked out of the interview after he was repeatedly asked about his bank and its tax evasion probe. “Schiff threatened to sue this publication, ripped off his microphone and stormed out of his own living room,” The Age detailed. 60 Minutes Australia tweeted Sunday:

British tax authorities arrested a Euro Pacific client and the U.S. Internal Revenue Service (IRS) intercepted Schiff and his partner Mark Anderson for questioning, the publication noted. The financial transactions of Euro Pacific Bank’s clients were examined, and hundreds of bank customers are suspected of tax evasion, the article details, adding that the authorities are also hunting the lawyers, accountants and financial institutions linking taxpayers to Peter Schiff’s bank.