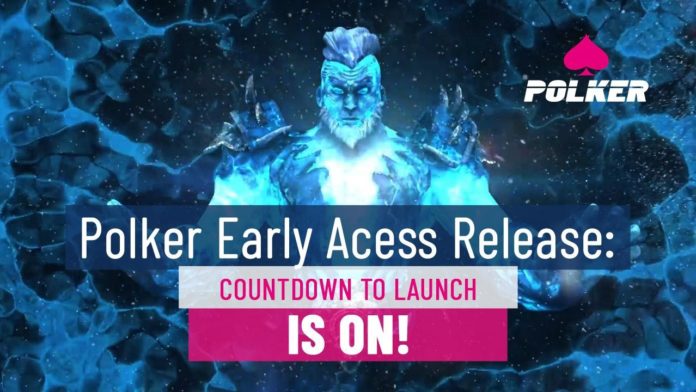 Polker, the first blockchain-based NFT poker game, just announced that it is allowing early access to its game ahead of the launch. On March 14th, 2022, 500 players will receive a total of 500 limited edition NFTs, which allow them to access and play the game before its alpha launch.
With Polker, the NFTs (in-game assets) have different attributes and allow users access to new game launches, special tournaments and can be sold to other users for the $PYR token, among other use cases. Players can withdraw these NFTs from the Polker Metaverse into their personal wallets, hence making them more worthwhile to have.
Polker, having integrated the use of NFTs in their game, has positioned itself nicely to attract and retain users for their game. In-game assets that generate real value to players are dubbed the Trojan Horse of blockchain gaming as they allow players to have fun while at the same time making money. Polker NFTs are earned through the poker gameplay as a reward for winning hands at poker, therefore ensuring the actual poker game is essentially not gambling.

Polker vs the Blockchain Gaming Industry

Everything on this website can be seen as Advertisment and most comes from Press Releases, TheBitcoinNews.com is is not responsible for any of the content of or from external sites and feeds. Sponsored posts are always flagged as this, guest posts, guest articles and PRs are most time but NOT always flagged as this. Expert opinions and Price predictions are not supported by us and comes up from 3th part websites.
Currently, NFTs and blockchain technology in general, are taking the world in a storm as more and more people enter the space. The gaming industry is growing at an impressive Compound Annual Growth Rate of 12% with blockchain gaming as one of its biggest contributors. This goes to show the market need for more blockchain-based games such as Polker.
A projects’ success can often be projected by its commitment and discipline to its roadmap. Impressively, the development team behind Polker has managed to run four betas’ so far all within the expected timeframe as per their roadmap. This goes to show just how much the team is dedicated to the success of the project.

In just the last quarter of 2021, Polker managed to launch a 0,000 staking pool and integrated Chainlink’s on-chain price oracles into their systems. During the same period, they also managed to secure an investment from Master Ventures and get a shout-out from the music icon Akon. The future seems to be bright for Polker as they continuously smash goal after goal.
Virtual currency is not legal tender, is not backed by the government, and accounts and value balances are not subject to consumer protections. TheBitcoinNews.com holds several Cryptocurrencies, and this information does NOT constitute investment advice or an offer to invest.
This announcement excited their growing fanbase, especially because, unlike other prior beta releases, the 500 players that will participate in the March 14th beta launch will be able to play all through to the full game release. As of February 2022, only 220 of those slots were available as the rest had been occupied by the previous beta users. Additionally, the early access will be executable only and will not be an in-browser game to allow for continuous gameplay up until the full release projected to be towards the end of Q1 2022.

Advertise with us : Advertise
The Polker game is an online blockchain-based play-to-earn NFT poker game where players participate in various challenges such as poker hands and tournaments to earn NFTs. The NFTs earned have utility in that they allow players access to various opportunities in the game.
This early access comes at an opportune time just when the conversation of blockchain gaming is growing louder by the day, hence, generating a lot of interest from curious gamers. The game which is currently in the final stages of game development is a free-to-play and play-to-earn non-gambling poker game. Polker’s distinctive approach of combining blockchain technology and virtual reality sets them apart from other projects in the sector, a factor that has attributed to their success thus far.
TheBitcoinNews.com – Bitcoin News source since June 2011 –

Polker is free to play to all users, however, players who participate for free have a limited number of hands in 24 hours. Join, play and earn in the Polker Metaverse today!
Along the way, Polker has made strategic partnerships with other outfits in the space such as Polygon and Chainlink. The Polygon partnership will be essential in developing the integration of Polygon’s scaling solutions to the game, therefore reaping massive benefits for Polker.
The game interface is characterized by an Unreal Engine 4 for immersive gameplay and utilizes a True Random Number Generator (TRNG) system for fair and truly transparent gameplay. In the future, the game developers plan to integrate virtual reality, a move which is set for launch in Q2 2022.
To register for early access, click: https://forms.gle/y1zixkq1CATGrKaa9