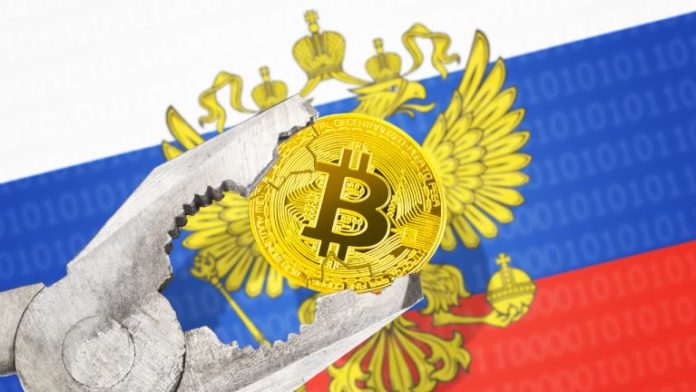 Roman Yankovsky, a member of the commission on legal support of the digital economy of the Moscow branch of the Russian Lawyers’ Association, noted that foreign cryptocurrency businesses, including crypto exchanges and depositories, must send the tax authority quarterly information about their Russian cryptocurrency operations. While believing that “hardly anyone will take this rule seriously,” he elaborated:
The Russian Ministry of Finance has sent out a new draft bill addressing the circulation of cryptocurrency in Russia to interested government departments, local news outlet Kommersant reported this week. The bill contains amendments to the Russian Criminal Code, the Criminal Procedure Code, the Administrative Code, the Tax Code, and the law on combating money laundering, the publication conveyed, claiming to be familiar with the bill.
Russia’s Ministry of Finance has drafted a bill with harsh penalties for anyone who does not report their cryptocurrency holdings above a certain level. Penalties include jail terms and fines.
The Ministry of Finance also emphasized that recommendations by the Financial Action Task Force (FATF) are being considered, but noted that no final decision has been made on the regulation of cryptocurrencies in Russia.

Noting that the market views the previous draft law as posing significant restriction to the circulation of cryptocurrency in Russia, Kommersant reported that the new draft law is even more strict. “In particular, any person (natural or legal) who has received digital currency or digital rights of more than 100,000 rubles [,280] in a calendar year is obliged to inform the tax authority and submit an annual report on transactions with such assets and the balances of these assets.”

Bryan Cave Leighton Paisner (Russia) LLP’s senior tax lawyer Dmitry Kirillov explained that if the amendments are adopted, the first report will have to be submitted by April 30, 2021, for the 2020 tax filing year. He added:

Experts criticize the amendments are too harsh. Malta-based broker Exante co-founder Anatoly Knyazev, for example, believes that the penalties are disproportionate to the violations.
Bitcoin.com is author of this content, TheBitcoinNews.com is is not responsible for the content of external sites.
The Ministry of Justice has confirmed that the proposed bill is under consideration for adoption in connection with the law on digital financial assets and digital currencies which will enter into force on Jan. 1, 2021.
For failure to report to the tax authority, you can get a fine of 30% of crypto assets, but not less than 50,000 rubles.
What do you think about Russia’s crypto proposal? Let us know in the comments section below.

The liability is not limited to fines. Non-declaration of a crypto wallet if more than 1 million rubles [,796] have passed through it per year becomes a criminal offense of up to three years in prison. Also, forced labor can be used as a punishment.