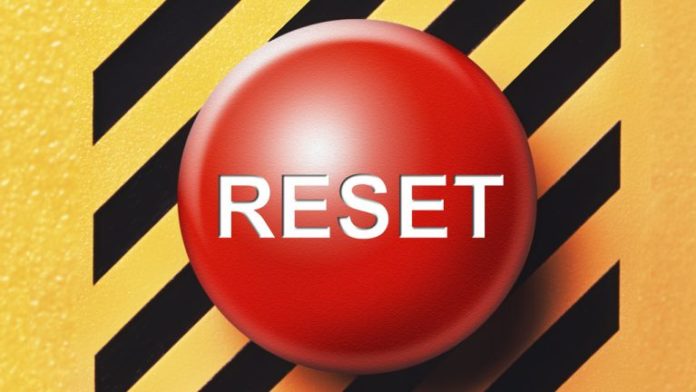 Additionally, the author of “The Big Reset,” Willem Middelkoop, also believes that something is bound to happen soon since the IMF published Georgieva’s speech.

As soon as the Bretton Woods system was up and running, a number of people criticized the plan and said the Bretton Woods meeting and subsequent creations bolstered world inflation. When the IMF and World Bank Group started, a leading editorialist for the New York Times abruptly had to leave his position for writing about the Bretton Woods system’s horrible and negative effects on the global economy.
A number of people believe that the IMF alluding to a new Bretton Woods means the powers that be will introduce a great reset if they haven’t already done so during the Covid-19 pandemic.
Moreover, the bitcoiners conversing about the Bretton Woods also shared a website that promotes a “great reset,” alongside a Youtube video with the same message. The website called “The Great Reset” leverages concepts from the lockdown lifestyle that stemmed from the Covid-19 outbreak in order to combat climate change. The subject of addressing climate change is part Kristalina Georgieva’s “three imperatives” discussed in the “New Bretton Woods Moment” speech.
Two major problems in the world’s financial system have to be addressed: 1) the demise of the U.S. dollar as the world’s reserve currency, and 2) the almost uncontrollable growth in debts and in central banks’ balance sheets. For all of these issues, central banks have only been buying time since the start of the credit crisis in 2007. But given how sensitive this issue is, nothing can be said in public. Any official comments about a new ‘Plan B’ will crash financial markets (Plan A) immediately. Central planners know the only way to plan a reset is to do it in total secrecy.

As the global economy shudders from the disastrous effects of central planning, the International Monetary Fund (IMF) managing director in Washington, DC, Kristalina Georgieva is calling for a “new Bretton Woods moment.” Georgieva spoke about the juncture on October 15, and she stressed today’s economic hardships are the same as the difficulties the world faced at the end of World War II. Free market advocates on social media and forums believe the IMF managing director’s recent Bretton Woods speech should invoke increased suspicion.
The Bretton Woods system was a huge change in the world’s economic system. The agreement in 1944 established centralized monetary management rules between Australia, Japan, the United States, Canada, and a number of Western European countries. Basically, the world’s economy was in shambles after World War II, so 730 delegates from 44 Allied nations gathered in New Hampshire in a hotel called Bretton Woods. The group was led by the British representative John Maynard Keynes and the U.S. Treasury department official Harry Dexter White. Many historians believe the closed-door Bretton Woods meeting centralized the entire world’s financial system.
A few days later on October 18, macro strategist Raoul Pal said Georgieva’s article alludes to a “huge” change coming to the global financial system.
Kristalina Georgieva’s call for a “New Bretton Woods Moment” was also discussed in great detail on the Reddit forum r/bitcoin this week. “The IMF can’t be blind for the consequences the fiat system has and what the downsides are for a currency as the dollar to have the status as a world reserve currency,” explained a bitcoiner discussing Georgieva’s recent speech. “The IMF can’t hide behind the innocent behavior; they don’t know what the implications are of inflation for the working class,” the Bitcoin proponent insisted.
The individual added: “The Fed has yet to release one detail about what specific trading houses got the money and how much each got,” the authors revealed. “In 2014, I wrote ‘The Big Reset,’” Middelkoop tweeted to his 42,000 followers. “The most important part: Chapter 6 – ‘The Big Reset.’ New rules have been discussed not only inside the advanced economies, but with all emerging economies, including China. With the status of the U.S. dollar as the international reserve currency being shaky, a new global currency setup is being conceived.”
Georgieva wholeheartedly believes that the world can “steer toward zero emissions by 2050.” Moreover, an opinion piece published on September 23, says in the future society could see “economy-wide lockdowns” aimed at halting climate change. Despite the central planner’s and progressive’s wishes, scientists have stated that economic lockdowns will not stop climate change.
“If you don’t think Central Bank Digital Currencies are coming, you are missing the big and important picture,” Raoul Pal tweeted on Sunday morning. “This is going to be the biggest overhaul of the global financial system since Bretton Woods. This IMF article alludes to a huge change coming, but lacks real clarity outside of allowing much more fiscal stimulus via monetary mechanisms. And tomorrow, the IMF holds a conference on digital currencies and cross-border payment systems…”

The editorialist was Henry Hazlitt and his articles like “End the IMF” were extremely controversial to the status quo. In the editorial, Hazlitt said that he wrote extensively about how the introduction of the IMF had caused massive national currency devaluations. Hazlitt explained the British pound lost a third of its value overnight in 1949. “In the decade from the end of 1952 to the end of 1962, 43 leading currencies depreciated,” the economist detailed back in 1963. “The U.S. dollar showed a loss in internal purchasing power of 12 percent, the British pound of 25 percent, the French franc of 30 percent. The currencies of Argentina, Brazil, Chile, and Bolivia lost, respectively, 89, 91, 94, and 99 percent of their purchasing power.”
The post The Great Financial Reset: IMF Managing Director Calls for a ‘New Bretton Woods Moment’ appeared first on Bitcoin News.
On Thursday, October 15, the IMF published a speech written by the IMF’s Washington, DC managing director, Kristalina Georgieva called “A New Bretton Woods Moment.” The article has caused sound money and free-market advocates to grow concerned that a big change is coming and possibly a great financial reset. Economists, analysts, and bitcoiners have been discussing the IMF managing director’s speech since it was published on the IMF website on Thursday.
The theories suggest the current move toward a large financial shift is what central planners and bankers have planned at least since mid-2019. The United States Federal Reserve has funneled trillions of dollars to trading houses in a shroud of secrecy.
Bitcoin.com is author of this content, TheBitcoinNews.com is is not responsible for the content of external sites.
On the meeting’s final day, Bretton Woods delegates codified a code of rules for the world’s financial system and invoked the World Bank Group and the IMF. Essentially, because the U.S. controlled more than two-thirds of the world’s gold, the system would rely on gold and the U.S. dollar. However, Richard Nixon shocked the world when he removed the gold part out of the Bretton Woods pact in August 1971.

“It’s the change of the economic system of today to one which the 1% elite will 100% control,” an individual on Twitter said in response to the Bretton Woods moment. “No small businesses. Everything automated. The new norm will be digital money, digital socialising, complete public tracking with complete ostracism of people who don’t comply.”

Middelkoop added:
A recent study from the financial journalists, Pam Martens and Russ Martens, shows significant financial manipulation. The Martens wrote that the Federal Reserve injected a cumulative trillion to trading houses on Wall Street from September 17, 2019, through March of this year. The Martens also stressed that the Fed claims to be protected by an “executive order,” which allows them to keep the stimulus funding secret.
What do you think about the IMF’s managing director talking about a New Bretton Woods Moment? Let us know what you think about this subject in the comments section below.
Some individuals believe that Georgieva’s speech also alludes to the probability that the fiat money system is on its last leg. “The IMF calling for help leads me to believe that the current fiat system is going to be crashing down soon,” noted another person discussing the topic. Most of the stuff is so incredibly disturbing you will need some time to digest the implications. Again [there are] no better [examples] of why Bitcoin, being decentralized, hard-limited, uncensored, etc etc, is in all ways a way better system.