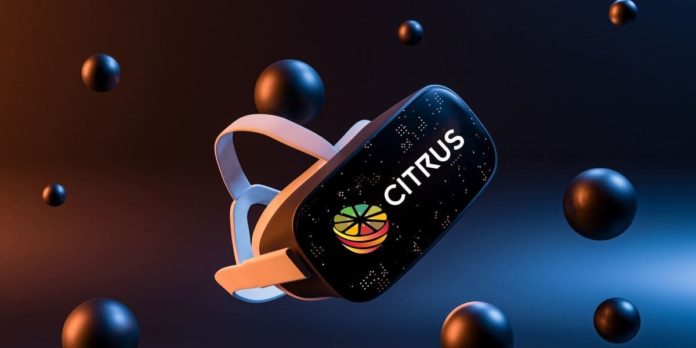 Advertise with us : Advertise
Often described as the lifeblood of gaming projects, blockchain-powered gaming tokens are expected to further accelerate the support for GameFi and blockchain adoption across sectors. For more information, visit Website | Twitter | Instagram | Facebook | Telegram | Reddit | Medium
For instance, GameFi projects such as Decentraland have their native utility tokens using which players can perform a range of activities. In the case of Decentraland, it’s buying and selling virtual plots in the metaverse. In 2021, MANA reported a market capitalization of USD 9.2 billion, becoming the most valued gaming token in the world! Parallelly, these platforms are offering marketplaces for users to trade these tokens, where the holding value of these tokens is increased through interactions with the platform.
Further, in-game collectibles of traditional Web 2.0 games end up in the inventory of the character but have no real utility beyond the boundaries of the game.

An Overview of Gaming Tokens

By empowering equitable creation and distribution of value represented as gaming tokens which are all recorded on a public ledger and recorded in smart contracts, blockchain games put the power back into the hands of people. They also enable real-time ownership of in-game collectibles and monetization of digital assets.
As mass adoption of blockchain and cryptocurrency continues to accelerate, everyone from digital giants (like Facebook, rebranded as Meta, and Quartz, the video game giant Ubisoft’s new NFT platform) to startups and unicorns (such as Sky Mavis and OpenSea) are accommodating and leveraging blockchain to develop immersive, interactive entertainment and gaming solutions. In just the first half of 2021, blockchain gaming companies raised over USD 476 million in private sales, auctions, and initial game offerings (IGO).
Built on Binance Smart Chain, Citrus offers low latency and a robust transaction framework and can be used by the token holders to make purchases and trade tokens just like any other securities to secure profits. Furthermore, Citrus’ whitepaper highlights the ability of gaming tokens to enable holders to engage in platform management and influence project decision-making.
Traditional games function within the rigid confines of the rules dictated by developers. Players have no control over characters, in-game assets, and the value of these assets can be inflated or deflated owing to the unlimited supply that can be regulated by the developers.

What Do Gaming Tokens Bring to the Table?

Recently, despite the crypto market undergoing a correction, gaming tokens have shown strength signaling institutional demand and the confidence of investors and the gaming community in these tokens.
Virtual currency is not legal tender, is not backed by the government, and accounts and value balances are not subject to consumer protections. TheBitcoinNews.com holds several Cryptocurrencies, and this information does NOT constitute investment advice or an offer to invest.
That is where blockchain is revolutionizing the gaming world. With its Play-to-Earn model, compounded by the first principles of economics, GameFi projects seek to correct this skewed power dynamic.

As further interesting use cases and trends emerge, like the ability to pledge in-game NFT collectibles which can be bought with gaming tokens and collateralize them for lending-borrowing, it is apparent that the possibilities are virtually endless for the future of gaming tokens.
Decentralized gaming tokens like Citrus ($CTS) have an audited code with a deflationary circulating supply of 380 million, thus offering the best of both worlds, i.e. by acting as a store of value as well as as a utility token.
These gaming tokens have huge growth potential and could deliver good ROI depending on the sustainability of the project.
Blockchain games are obscuring the divide between the virtual and real world and facilitating its interconnectedness as a holistic medium. They have also held their ground despite economic meltdowns, turmoils, and pandemics and have risen to over USD 300 billion this year.

One of the most impactful factors for the successful run of blockchain gaming projects are their native governance tokens or, more commonly known as, gaming tokens.
Everything on this website can be seen as Advertisment and most comes from Press Releases, TheBitcoinNews.com is is not responsible for any of the content of or from external sites and feeds. Sponsored posts are always flagged as this, guest posts, guest articles and PRs are most time but NOT always flagged as this. Expert opinions and Price predictions are not supported by us and comes up from 3th part websites.

TheBitcoinNews.com – Bitcoin News source since June 2011 –
Enterprises are using blockchain to create new self-sustaining economies by issuing their currency in the form of ‘Cryptocurrency’. Further, they set conditions and rules of operations, similar to how traditional, sovereign governments issue fiat currency and dictate the interface between money and the economy.
You may have been hearing a lot of buzz around gaming tokens. What is the deal with them and why is everyone obsessing over it?
In the same way, gaming tokens are units that hold value in the project’s ecosystem. They result in the creation of an in-game transactional economy to facilitate trading between buyers and sellers of digital assets which are internal to the ecosystem. Simply put, they are a medium of exchange.