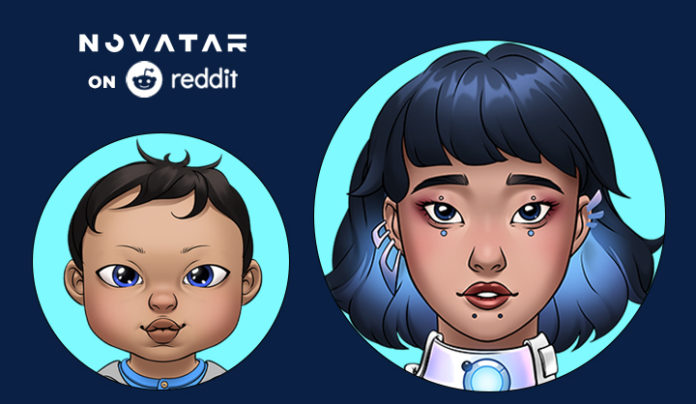 TheBitcoinNews.com – Bitcoin News source since June 2011 –
Advertise with us : Advertise
Following Twitter, Reddit joins the platforms allowing its users to set NFT as a profile picture. Seems like The Novatar is increasing it’s borders. The 25K collection of limited NFT Novatars allows buying an NFT baby avatar and aging it into a mature personality to become one’s meta identity in the upgraded social media. The collection celebrates the diverse community of different races, genders, professions. The first implemented blockchain aging technology makes your NFT Novatar connected to the owner’s identity.
Thus, the newly emerging NFT avatar drop is going to celebrate diversity and equality among all races, genders, and even ages in the digital space.
Seams like the era of NFT avatars is coming, and it’s the best moment to jump into a boat to be the first to navigate through the new digital reality which is being built by techno giants like Twitter, Meta, Reddit, and other corporations.
The Novatar owners are the ones able to trigger the aging process. It means that after minting they can keep a baby Novatar as long as they wish, or start an aging process, which, by the way, is irreversible: once matured, The Novatar can’t transform into a baby again. Baby Novatars are much like real humans with different skin colors, features, facial expressions, and external appearance. The transformed adults, as in real-life, can develop remarkable features and styles, written in their genetic code.  Virtual currency is not legal tender, is not backed by the government, and accounts and value balances are not subject to consumer protections. TheBitcoinNews.com holds several Cryptocurrencies, and this information does NOT constitute investment advice or an offer to invest.
Everything on this website can be seen as Advertisment and most comes from Press Releases, TheBitcoinNews.com is is not responsible for any of the content of or from external sites and feeds. Sponsored posts are always flagged as this, guest posts, guest articles and PRs are most time but NOT always flagged as this. Expert opinions and Price predictions are not supported by us and comes up from 3th part websites.
The launch of one of the most anticipated NFT avatar projects to date, The Novatar, is just on time. The project that tributes the diversity of races, genders, personalities, and age perfectly fits the concept of the new digital era.

Reddit announced it is testing a feature that will allow users to set a profile pic not only Reddit’s exclusive CryptoSnoo but any NFT avatar as well. The testing is in the early stages and is not available for a large community yet.
The newly launching NFT drop of diverse futuristic avatars perfectly fits the spirit of today’s techno trends.
With the way things are going, The Novatar project gets another grand chance to show off.
Novatars (both baby and adult) have genes – basic ones and optional (these genes can whether develop or not), which detect all their features – from external appearance to sexual orientation. Moreover, the optional genes define the rarity of the Novatar. For example, the Novatars with professions are considered very rare.