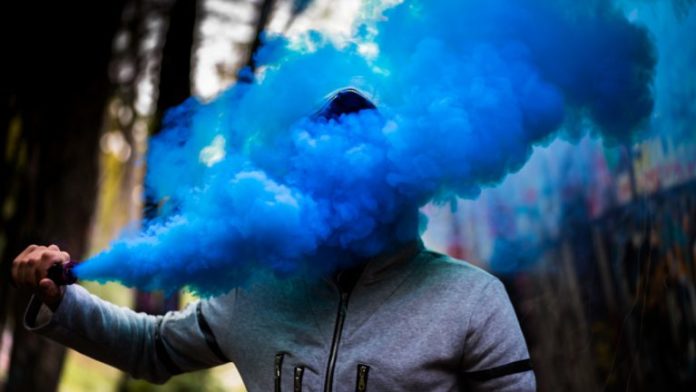 The paper discussed the concept of blockchain technology and solving the “Byzantine generals’ problem” three years before Bitcoin was introduced. Grigg is also associated with the self-proclaimed Bitcoin inventor Craig Wright. His associations with Wright have made people believe Grigg was part of a team that called themselves “Satoshi Nakamoto.” Additionally, data scientist Michael Chon said Satoshi’s emails matched Grigg’s writing style in a stylometry test.
Nakamoto left the Bitcoin project and public eye in December 2010 and during the last decade, people have been hunting relentlessly for the mysterious creator. News.Bitcoin.com has written a number of articles about the possibility of certain individuals that could be Satoshi in a series called “The Many Facts.” The series has been one of our most popular chain of Satoshi Nakamoto articles, and the following post is a list of seven suspects we’ve covered so far.

In the sixth installment of “The Many Facts” Satoshi articles news.Bitcoin.com discussed the creator of b-money Wei Dai. All of the evidence that points to Dai being Satoshi is purely circumstantial, and again based on the fact that he is capable of the creation.

The second installment of the “The Many Facts” series involves the computer scientist Nick Szabo. On November 27, 2019, news.Bitcoin.com contributor Graham Smith discussed how Szabo could be Bitcoin’s creator. Smith details how Szabo created a project called bit gold, which was released before Bitcoin.
Barely Social cites a few reasons including the Blockstream CEO describing the technology as early as 1998. Back also dipped out of the public eye, while Satoshi Nakamoto was with the community, and returned almost as soon as Satoshi left in 2010. The video also compares Satoshi’s writing style with Back’s written penmanship, as they both double space and spell their words in a British fashion.
In December 2019, news.Bitcoin.com published the third installment dubbed “The Many Facts Pointing to Shinichi Mochizuki Being Satoshi.” Shinichi Mochizuki is an obscure character and not widely known, but his long history of mathematical innovation makes him a Satoshi suspect.
Bitcoin.com is author of this content, TheBitcoinNews.com is is not responsible for the content of external sites.

There are many more self-styled Nakamotos and suspects and one could write a book about the slew of unique individuals. For instance, there’s Craig Wright, a friend of the Escobar family, the criminal mastermind Paul Le Roux, Duality, former Bitcoin lead maintainer Gavin Andresen, Bittorrent creator Bram Cohen, Craig Wright’s former business partner Dave Kleiman, the Hawaiian patent holder Ronald Keala Kua Maria, Fabio impersonator Jörg Molt, the Pakastani press release candidate Bilal Khalid, and the Belgium native Debo Jurgen Etienne Guido.
Moreover, Dai is referenced in the Bitcoin white paper, as the technology’s creator cited the b-money white paper. Further, there are entropy similarities between Wei Dai and Satoshi Nakamoto’s written text. However, it seems Dai and Nakamoto wrote to each other via email correspondence and Dai would have to have been playing ‘double agent’ roles.
The first article in our series was called “The Many Facts Pointing to Hal Finney Being Satoshi Nakamoto,” which discusses the possibility of Finney being Bitcoin’s creator. Finney is probably one of the most popular Satoshi candidates and the editorial gives a comprehensive look at why.
She quoted him as saying “I am no longer involved in that and I cannot discuss it” and she also noted that Dorian’s birth name is actually Satoshi Nakamoto. Dorian’s story was covered in the fifth installment of news.Bitcoin.com’s popular series.
During the last decade, cryptocurrency enthusiasts have discussed the true identity of Bitcoin’s creator Satoshi Nakamoto. To this day, the Satoshi Nakamoto mystery continues to prevail, and throughout the years there’s been a great number of suspects and self-proclaimed crypto inventors.

What do you think about news.Bitcoin.com’s “The Many Facts” series concerning the mysterious Satoshi Nakamoto? Let us know what you think about this subject in the comments section below.
For instance, Finney was an experienced developer and one of the first individuals to run the Bitcoin codebase. Harold Thomas Finney II definitely had the expertise to invent Bitcoin, as he was a prominent developer for the PGP Corporation.
The fourth part of the Satoshi Nakamoto series involves the financial cryptographer and inventor of Ricardian contracts Ian Grigg. In this article, it discussed the many facts that show Grigg could possibly be Satoshi and how he has the technical expertise. For instance, the article mentions how Grigg wrote his 2005 paper called “Triple-Entry Accounting.”

The editorial’s facts pointing to this possibility include his Libertarian leanings, his location in California, and his simultaneous retirement timeframe from the PGP Corporation. Finney was also the network’s first transaction recipient. Despite the many clues, Finney passed away in August 2014 and to this day, no one can truly confirm if the California-based cypherpunk was Satoshi.

The California-native and Japanese American engineer Dorian Nakamoto was accused of being Satoshi back in March 2014. This was when Newsweek columnist Leah McGrath Goodman published a story called “The Face Behind Bitcoin.” Again, McGrath-Goodman’s editorial was based on speculation that Dorian was at least capable of producing the blockchain codebase.
Besides being a mathematics prodigy, Mochizuki has an American background and British English writing style just like Bitcoin’s creator. The computer scientist and inventor of Hypertext, Ted Nelson, said he believes Mochizuki is Satoshi in a video. Despite being able to create the blockchain codebase, Mochizuki has fallen off the map when it comes to Satoshi suspects.
However, when Dorian said he was “no longer involved in that” he wasn’t referring to Bitcoin, and he was actually talking about classified engineering projects he worked on for the government. McGrath-Goodman’s questions were taken out of context and she wrote an awful hit piece about the California resident. Dorian had immediately denied being Satoshi when he spoke with a reporter from the Associated Press (AP) about the incident with the Newsweek journalist who doxxed him.

Barely Social did highlight during the video that Adam Back could always leverage plausible deniability for this accusation. Back did deny the accusation and also debated the subject on social media with Barely Social’s official Twitter account. Since mid-May 2020, Barely Social’s video has seen 478,928 views so far.

Of course, the list represented in “The Many Facts” series is still incomplete, as there are many other suspects that have not yet appeared in news.Bitcoin.com’s sequence of Satoshi articles.
“If Nick Szabo is Satoshi, he has done a remarkable job of leaving bread crumbs that point the opposite way,” Makgill concludes.

Szabo also coined the term and the concept “smarts contracts” and has written extensively about cryptography and contract law. Some interesting factoids include how the Bit Gold blog post publishing date was altered and how Wei Dai reportedly told Satoshi about Bit Gold creation in an email conversation.
Halloween is approaching and twelve years ago on October 31, 2008, Bitcoin’s inventor published the cryptocurrency’s introductory white paper. Satoshi Nakamoto is the name used by the pseudonymous person or persons that wrote the white paper and developed the original Bitcoin codebase. By developing the first blockchain distributed ledger, Nakamoto essentially solved the infamous computational issue called the “Byzantine generals’ problem” or the “Byzantine Fault.”
The Blockstream CEO, Adam Back, is mentioned in the seventh installment of news.Bitcoin.com’s “The Many Facts” series. The reason Back made the list is because of a video published on May 11, 2020, by the Youtube channel “Barely Social.” The video called “Unmasking Satoshi Nakamoto,” claims that Back could possibly be the creator of Bitcoin.
In addition to the second part of the series, news.Bitcoin.com also published an opinion editorial called “Why Nick Szabo Probably Isn’t Satoshi.” In the article, author Deryk Makgill explains why he believes Szabo isn’t really a cypherpunk, he doesn’t share the same vision for Bitcoin, and Szabo’s altered blog post date is sketchy.

The post The Search for Satoshi Nakamoto: A Look at 7 Suspected Bitcoin Creators appeared first on Bitcoin News.